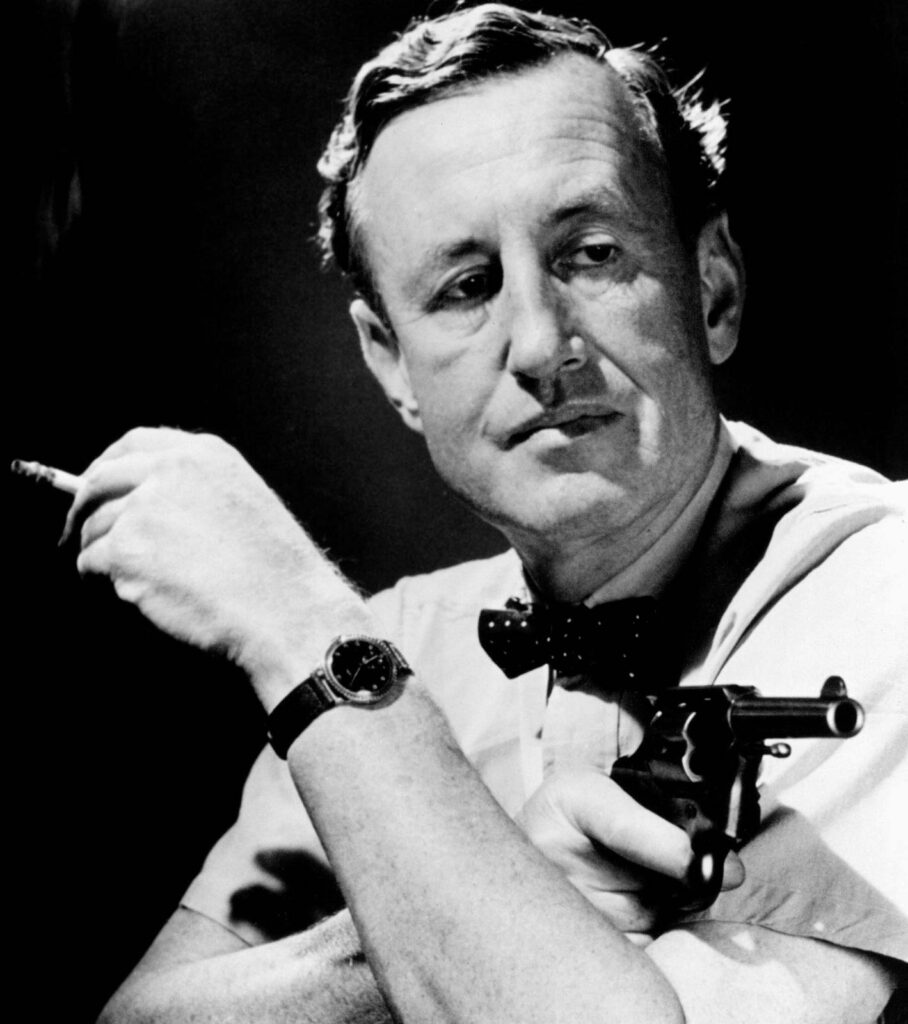 Ian Fleming, just a guy who wrote some books.

The other day I made the mistake of wandering into the forums of those bastions of Bond fandom that are MI6-HQ and CommanderBond. Why you ask? I don’t know, I guess I’m just a glutton for punishment. Maybe I was curious to see, given the dearth of excitement surrounding No Time To Die, if Craig was still “da BEST Bond evaaa!” Spoiler alert, he is. 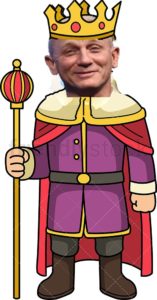 All hail His Majesty!

The reason I bring this up, the term “Fleming’s Bond” was getting tossed around quite liberally. Some of them were even spelling his name correctly! 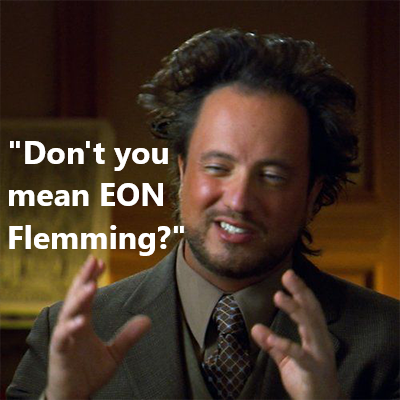 Here’s the rub, the thread that caught my eye wasn’t about thespianic interpretation, film tone or even actor appearance, but rather a poll asking the participants if they subscribe to the notion Rami Malek’s character “Safin” will turn out to in fact be Dr. Julius No. 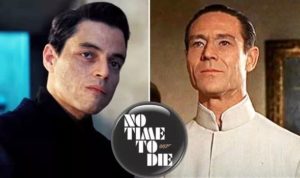 I’ve already expressed my thoughts on this ridiculous idea, so I won’t be adding any more fuel to that dumpster fire here, I just mention it because the comments were full of delusional folks who believe EON should remake all of the films based on Fleming’s works in much more rigid adaptations. Now if you were talking about over the top films such as You Only Live Twice or Moonraker you’d have an argument, a weak one, but an argument none the less. However what these chaps said was quite hysterical, we’ll circle around to it in a moment, but first, all this talk about “Fleming’s Bond” got me thinking. We’ve been talking about “Fleming’s Bond” for years, in fact this current schism in the fandom surrounding his holiness Craig was born out of a debate over the very subject. Yet here I am, dozens of articles under my belt and I have neglected to address it. 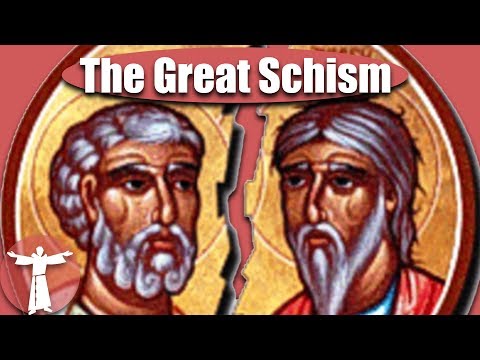 Almost as monumental as the divide between Bond fans.

What is “Fleming’s Bond,” which actor most closely encompasses it, should we even care? Bond as written by Fleming is a rather intriguing character. He’s an introspective chap, a consummate professional, sitting on a beach meditating on life’s little inconsistencies (OHMSS) one moment and feeling remorse for the killing of a rival organization’s hitman the next (GF).

Which actor comes closest to this elusive title? Well lets start with who isn’t, much as it pains me, as I am a huge fan and he holds a special place in my heart, Roger Moore must be eliminated right away. He certainly has flashes of the literary style at times but if we’re intellectually honest, thanks to his films taking place in and encapsulating the “feel good 70’s” and “Reagan era 80’s” it’s quite obvious he’s furthest from the “truth.” 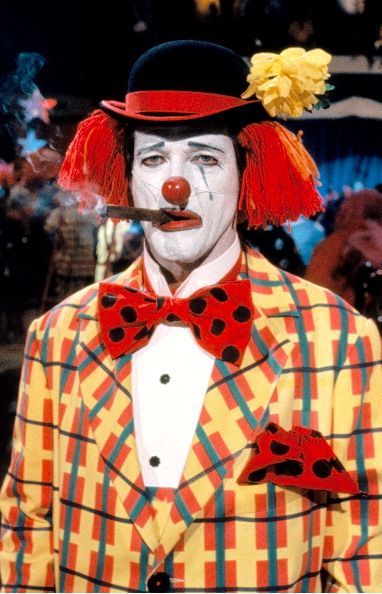 Lazenby must be knocked out next, just for the fact he never really got the chance to place his own stamp on the series. He was just instructed to ape Connery and kind of just, for lack of a better term, “fumbled” his way through it. 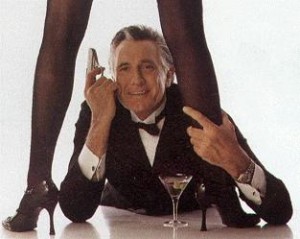 Brosnan must go next for sort of the same reason, he admits as much in interviews where he states “Sean and Roger were over my shoulder (in his mind when envisioning Bond) and in the end I just let them in.” 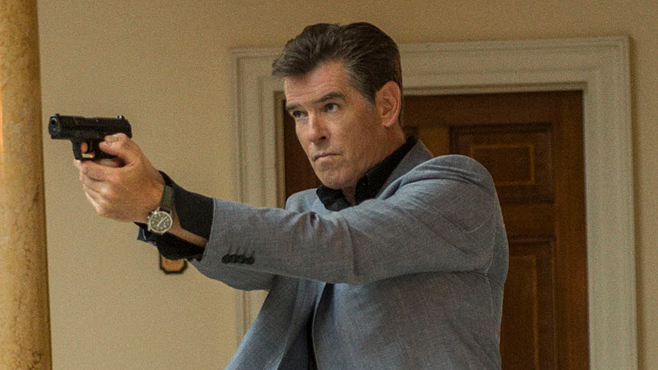 Those are fighting words there Benny!

Now for the man, the myth, the legend Dan Craig (the myth and legend is the belief this guy is Bond), the “best actor to ever play Bond” and the “closest to Fleming’s Bond” as declared by EON’s massive public relations machine. I have yet to see any actual arguments as to why Daniel is the “anointed one of all things Fleming” I’ve only seen such nebulous phrases as “gritty” and “realistic” bandied about unironically. Just because Casino Royale was more grounded than Die Another Day (no great feat) doesn’t make it Flemingesque. 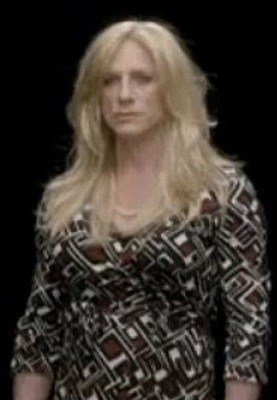 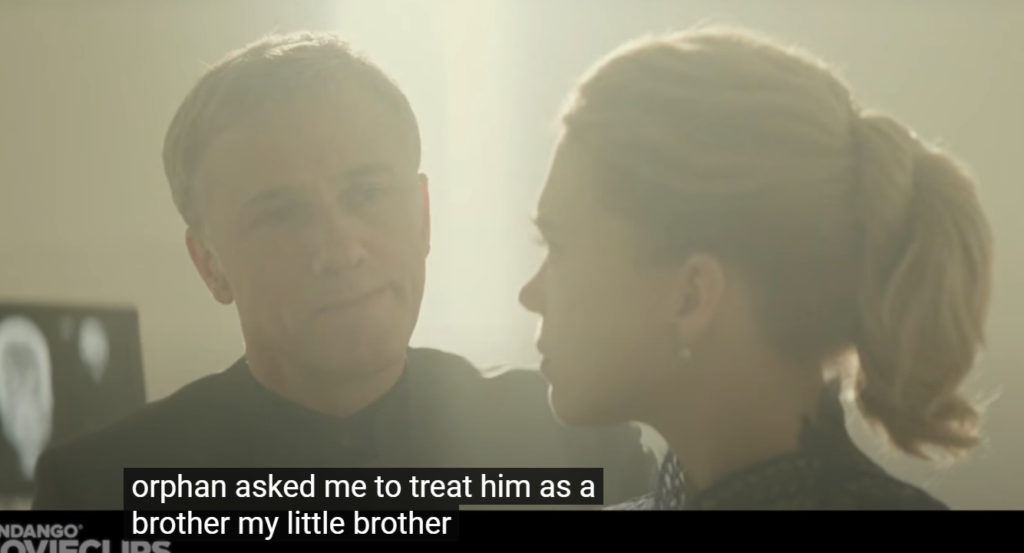 Fleming famously said of his creation: “I have no message for suffering humanity…” and “The target of my books, lay somewhere between the solar plexus and, well, the upper thigh.”

He also had this to say about a conversation he had with a relative who also practiced the literary arts: “I bet you call yourself an Author,” I said. He agreed, with a shade of reluctance, perhaps because he scented sarcasm on the way. “Just so,” I said. “Well, I describe myself as a Writer. There are authors and artists, and then again there are writers and painters.”

So you see all this mumbo-jumbo and claptrap concerning Craig’s great skill as a thespian and “deep plots” about brotherly love etc. is just that, vacuous gum flapping from pseudo-intellectuals who want to sound more cultured than they are.

Well, back on track… 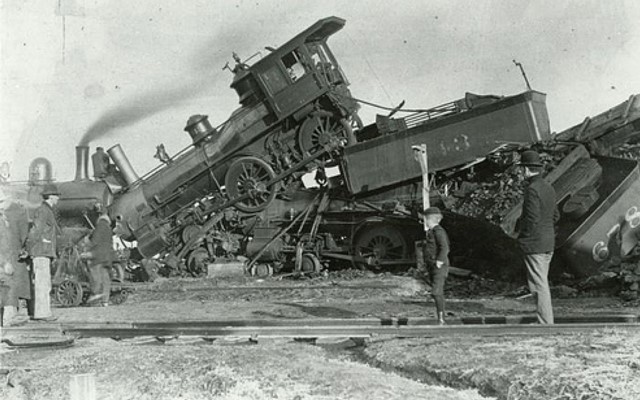 Timothy Dalton is most definitely the “intentional” interpretation of “Fleming’s Bond.” Tim set out to be the literary rendition on film. From the beginning he wanted his execution to encapsulate the brooding introspection alluded to earlier. Unfortunately this proved to be unpopular at first but has gained a renaissance since. However, Timothy is the hands down undisputed “Fleming Bond.” 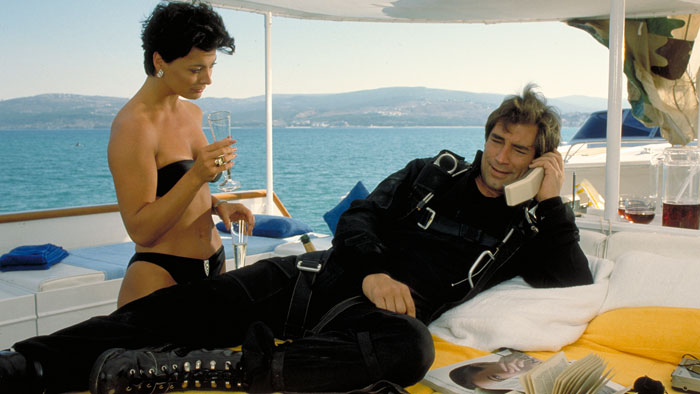 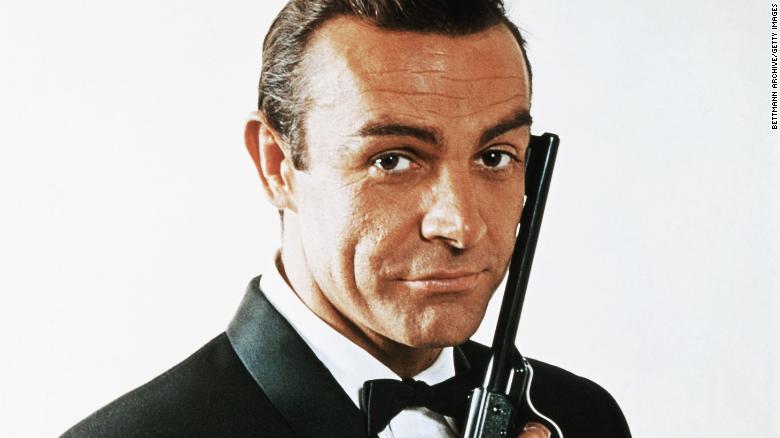 Easy there Sean, I hadn’t forgotten you! You see I left Connery to the end because he is at once the closest and the furthest to “Fleming’s Bond” of the lot. Unfortunately, by the end of his run the producers had decided to embrace kitsch and the slapstick that plagued Moore had already started to creep in, but early Connery especially Dr, No, From Russia With Love and Goldfinger are by definition Fleming’s Bond, how you ask? 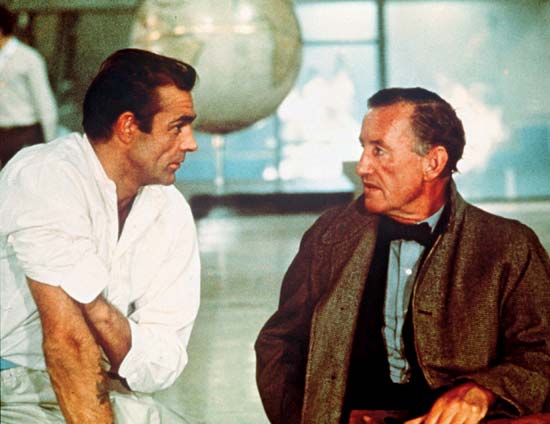 He was on set! 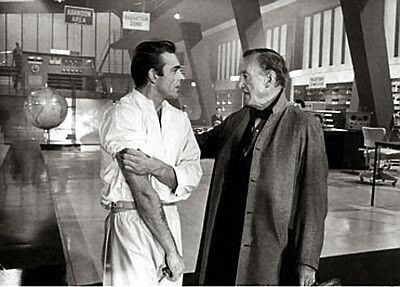 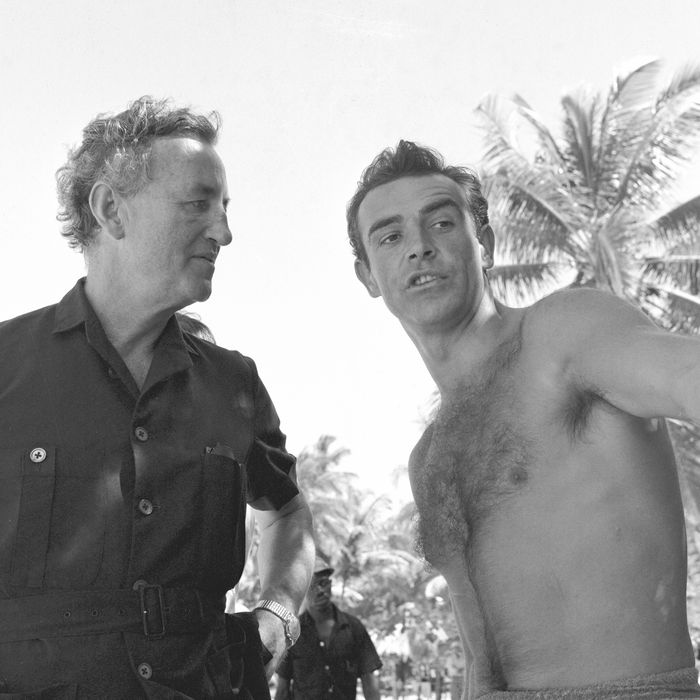 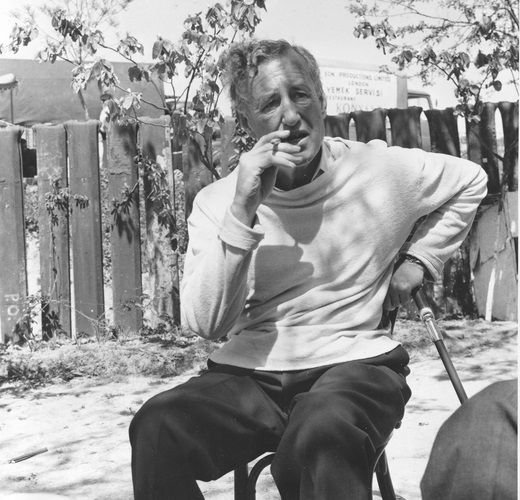 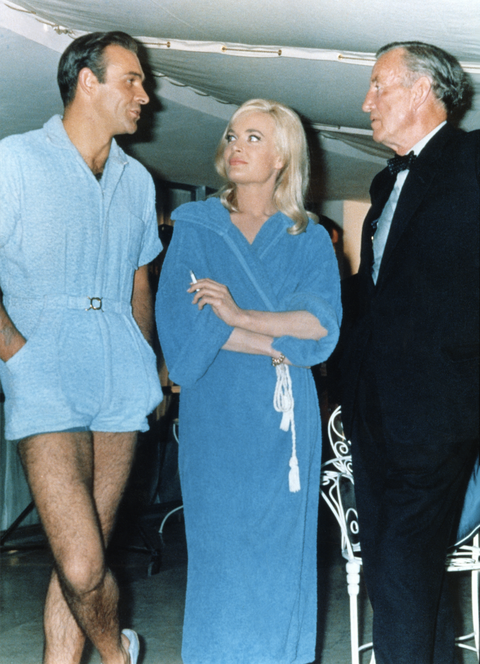 Right up through Goldfinger!

Fleming was there during filming, presumably giving notes to Broccoli and Saltzman who were enamored by the author and his creation, in those early days EON was obsessed with getting the details right, even such minutia as to the make and model of car Bond borrows in Jamaica. 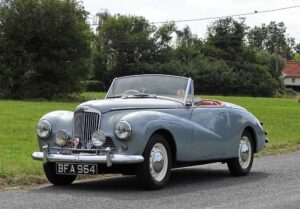 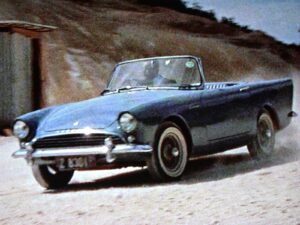 And it seems Fleming approved, as he “retconned” his creation to have Scottish roots in On Her Majesty’s Secret Service. In those first couple films Bond is, or at least reasonably close to, how Fleming would have filmed him. 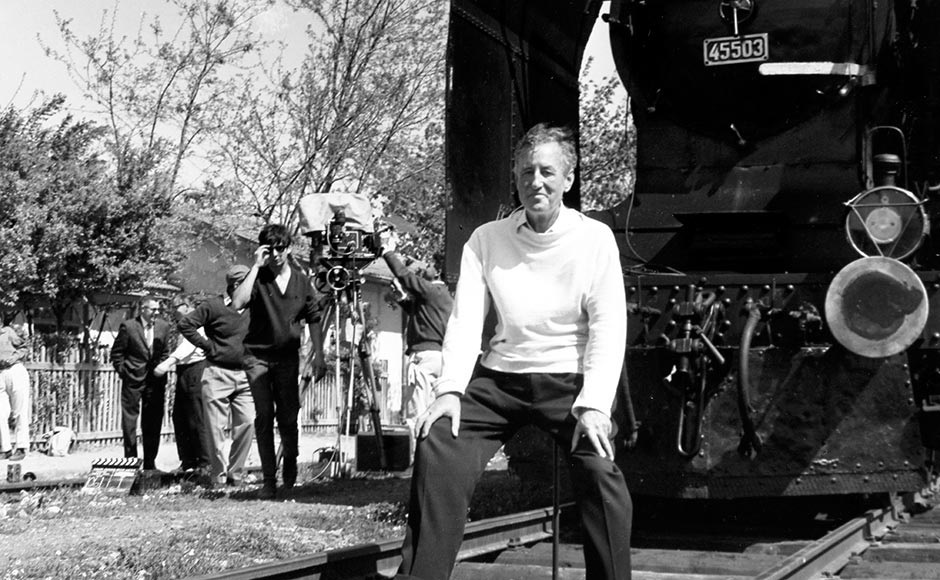 So back to our friends in the forum. When one chap was asked in a thread, why he wanted the old films remade, he responded:

“It’s not that I’m clamoring for it, I just would be fine with it if that’s the route they went down. There’s something to be said for having an interest in seeing how something written in the 50’s/60’s would translate to modern sensibilities.

Look at a character like Moneypenny. The way she is written in 2020 is much different than she was in 1962, and I enjoy both. I’m glad they didn’t leave her in the past and brought her along. I wouldn’t mind seeing the same thing happen with a Goldfinger or a Red Grant.

Or look at Casino Royale. Let’s pretend that book had been filmed as a movie in 1960 as Connery’s 1st. It’s a very simple book and probably would have been a simple movie, much like Dr. No turned out.

Now look at what a modern telling of that turned into in 2006. The plot was expanded and updated and fans loved it.

If CR ‘06 had been a reboot, wouldn’t you have enjoyed the new telling of it?”

No old boy, no I wouldn’t. Dr. No a simple movie?! Compared to Casino Royale (06)?! Which was a good 45 minutes too long and can be summed up as fight, chase, fight, ‘splosions, poker, chase, more ‘splosions, train ride, poker, more poker, car chase (more like a glorified car wreck), sailing, finally even more ‘splosions, all draped over by a maudlin love story. This chap seems to think the measure of a film is how much extraneous bullshit one can pack in above and beyond the original story.

Following this, another Brainiac chimes it with this jewel:

“Indeed, when they’ve been adapted, such as in the scenes you mention the results are great. So why not do that more and with not just a select scene or two.

I get the impression that this was the thinking behind Craig’s CR (perhaps inspired by Tarantino’s pitch).

Their problem may seem to be that there’s no Fleming’s left to adapt. My argument would be that they’ve in the main only appropriated titles, characters and select scenes. But serious adaptations of the books, rather than their parts, there are only three (as you corrected me there’s OHMSS).

These three movies vs the rest seem the best reason possible to have another go at Dr No, deadly assault corses, giant squids and all.”

So, his argument is EON does it so much better now than before, I assume because they are much more “grittier.” I wonder what this fellow thinks of Die Another Day as it was a closer and more modern adaptation of Moonraker? Never mind the fact Dr. No is an extremely faithful adaptation of the source, only omitting those outrageous scenes this gent is so strangely pining for. He seems to be a fan of the “Craigification” of the series yet wants a giant squid? Not particularly “gritty and realistic” unless you believe 20,000 Leagues Under The Sea is a documentary! 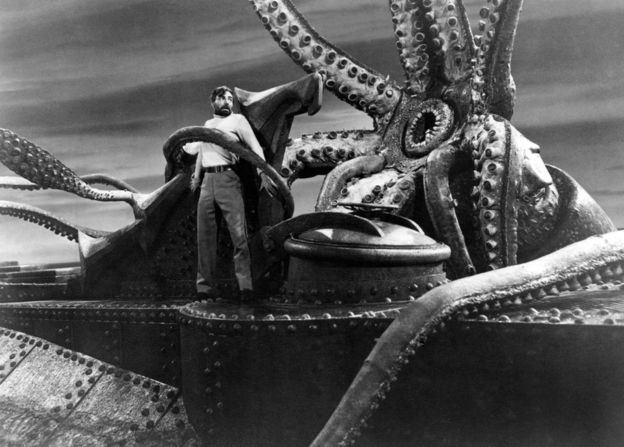 The grounded documentarian style sorely lacking from Dr. No.

Is a very literal interpretation of “Fleming’s Bond” necessary or even beneficial?  He makes for a fascinating read, but I’m not sure how a rigorous adaptation would play out on screen? To truly depict this individual the producers would need to rely on film noir voice over where Bond criticizes his foe’s clothing, describes how he prefers his scrambled eggs and how his relationship with the previous story’s female protagonist ended, not to mention use outdated racial terms. 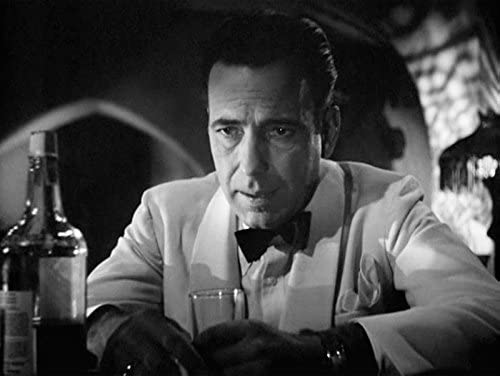 “Of all the scrambled egg joints in all the world she had to walk into mine.”

What Broccoli and Saltzman did in the early films was condense Bond’s essence down. A man among men, who enjoys high adventure, fine living, bespoke clothing, craft cocktails, exotic travel and beautiful women among other things. Fleming’s conceptualization of the man is what’s important here, not absolute ridged adaptation (which they don’t do anyway) and judging by Fleming’s ringing endorsement of those first three films, I think the old boy would agree. What we need is a lot fewer messages to “suffering humanity” and a lot more aiming for that area “somewhere between the solar plexus and upper thigh.”