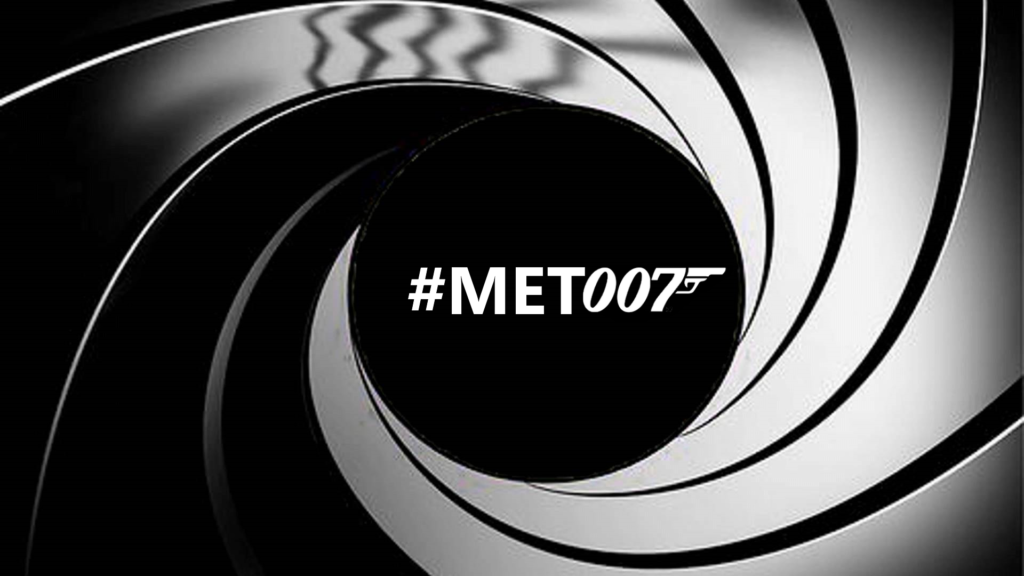 Since the news of the new female “007” broke last week the internet exploded. 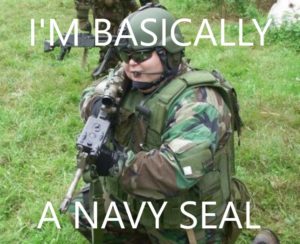 I’m not a huge fan of what’s going on, but I find it hilarious these staunch defenders of Bondom are in such a tizzy over a female “007.” Especially when they were absolutely silent as Craig and EON dismantled the franchise over the past decade and a half. Such as placing Bond in tiny blue shorts on a Bahamian beach and when he giggled like a school girl while tied naked to a chair and his manhood bashed in Casino Royale. Or when Craig sat at a bar with Jeffery Wright and spewed polemics against western civilization, oil production and water rights (something I expect is happening in reality at this very moment!) in Quantum of Solace. Their mouths were further shut when Craig tittered and flirted with the pansexual villain in Skyfall while he stroked and caressed Craig, who also suggested he has partaken in the “love that dare not speak it’s name.” How about when other stunt writing emerged in the series such as the death of M, or Blofeld being reduced to the evil brother soap opera trope. And let’s not forget the woman’s day special where Bond is not only cuckolded by M, but they also went so far as to literally dress him in drag! So you’ll have to forgive me if I find these disingenuous outbursts a too little too late. 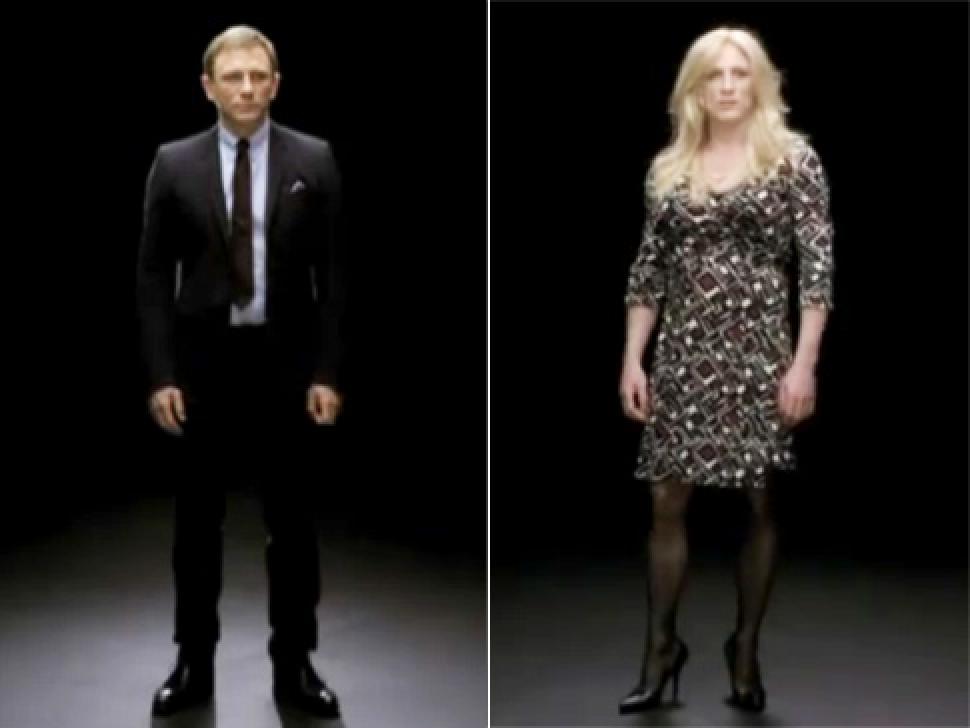 Jane Bond?! Craig already did it!

On the other hand many a blue haired “Social Justice Warrior” has cheered, danced and sung the praises of there “finally” being a female James Bond, which absolutely no one who follows Bond has been asking for. The irony being none of these loud shrieking voices have any intention on spending a single penny to view this, or any other Bond film. Even if it were true that Lashana Lynch is taking over the series, it would never be enough, next they’ll demand a “trans” Bond, or a disabled Bond, or fill in the blank Bond. So what makes Bond so special that he must change? How about the music industry, where the words bit@h, h@ and a braggadocios lyric about engaging in unprotected sex and unwanted pregnancy permeates every other jumble of noise that passes for a song these days! But hey that’s OK, they seem to say, under the soft bigotry of low expectations, these poor ignorant souls know not of what they speak. Then there’s the pornography industry, now clearly that is where the “patriarchy” flourishes, every film not only objectifies women but is also sexual degradation caught on tape and sold for profit! But surely it is a fictional character having consensual relations with dynamic, adventurous women and spouting a couple of corny puns that deserves your scornful attention! 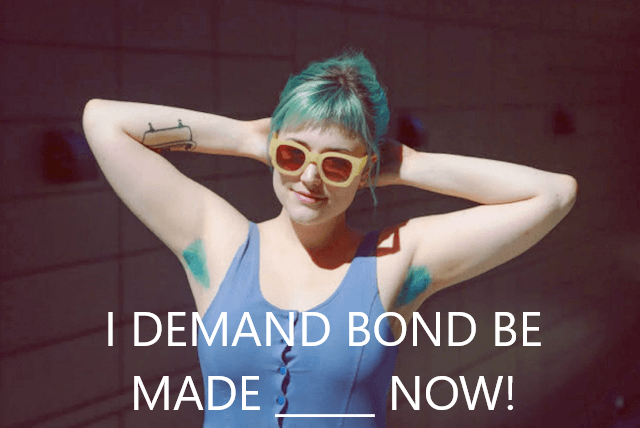 Her (Zer?) bathtub tattoo insists on it!

What these two examples of mind power above exhibit, is that there is a lack of reading comprehension being taught in our schools. Of course the poor and intentionally confusing writing of these clickbait articles doesn’t help. We know Lynch is playing an agent who will be holding the 007 code number just long enough for Craig to snatch it back by the end of the film. If the facts as we know them are to be believed, Bond 26 will not be starring Lynch or any other female as the protagonist, but don’t count on these brainiacs to understand that!

I believe EON has been going in this female 007 direction from the start, using leftovers from Danny Boyle’s script. Usually stunt writing like this is kept under lock and key by EON for the shock or “popcorn dropping” value, see M’s death/Bro-feld above. However they decided to “leak” this tidbit now in order to drum up some conversation that wasn’t focused on the accidents, mishaps or perverts occurring on set. What this whole kerfuffle is about, is simply marketing. This whole thing is on par with the obligatory Heineken beer articles, where they claim every film without a hint of irony that “James Bond ditches his martini for beer!” also in 2015 and 2017 yet he still drinks a martini in each film. 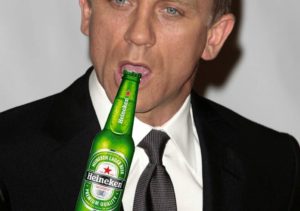 Believe it or not I didn’t make this photo, it’s from an article posted on an actual news outlet!

The P.R. leak of lady “007” is yet another blunder of the many that has plagued this film. I think EON underestimated the controversy created by this bit of info and rather than conversation, the sensationalized “news” stories are drumming up more push back than they had expected. However they should have expected it, especially after the nerd rage generated over the female Ghostbusters, the latest Star Wars films and Captain Marvel. 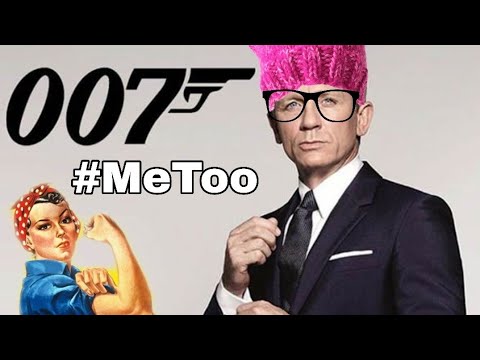 Hyperbolic images such as this are permeating the landscape and dominating the conversation, turning people who might actually spend money on a Bond film off altogether.

Of course EON could just take pages from those other studio’s play book and claim anyone who dislikes this publicity stunt is a sexist misogynist dinosaur, but that didn’t work out too well for those other franchises.

I’m rather troubled by the “universal truth” being sputtered by every major media outlet that Bond must conform to the “#metoo era,” which could create future degradation to the franchise. Not that it could slip much further down the woke rabbit hole, nor that I have much hope of it coming back.

First, I have to ask to which #metoo are these arbiters of pop culture referring? The organic ground swell that erupted when aspiring young actors finally had enough of the century’s old “casting couch?” 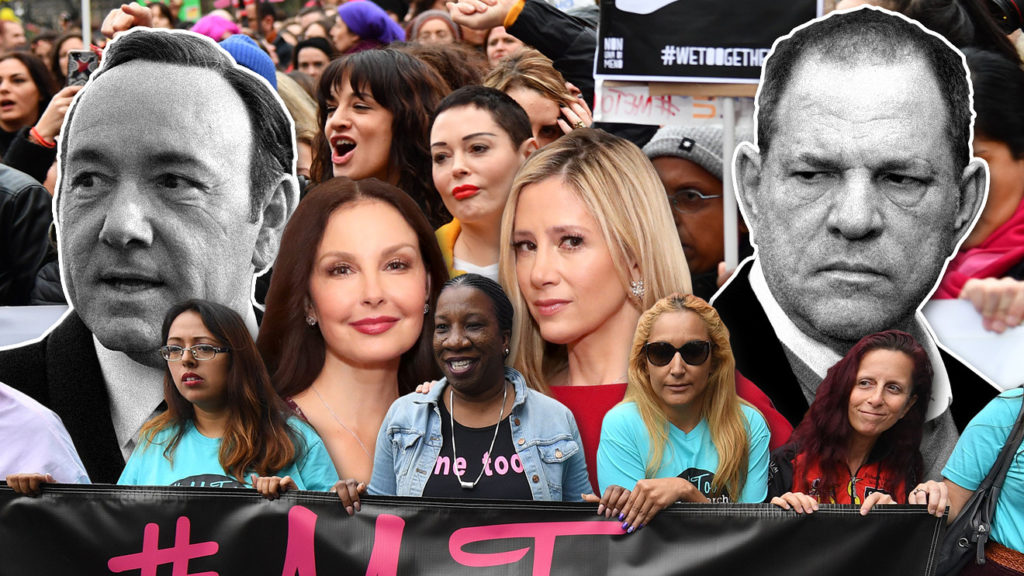 Or are you speaking of the compromised Hollywood version? Used to shut down the original movement and distract from their own shenanigans? I mean either Hollywood is under the delusion every man on planet earth behaves like an over sexed, under moraled, film producer who feels he’s entitled to every woman he comes across, or this is a disingenuous distraction, turned power grab by savvy public relations agents. Furthermore this movement depicts women as helpless shrinking violets who are incapable of standing up for themselves without an over arcing organisation looking after them, a “patriarchy” if you will. 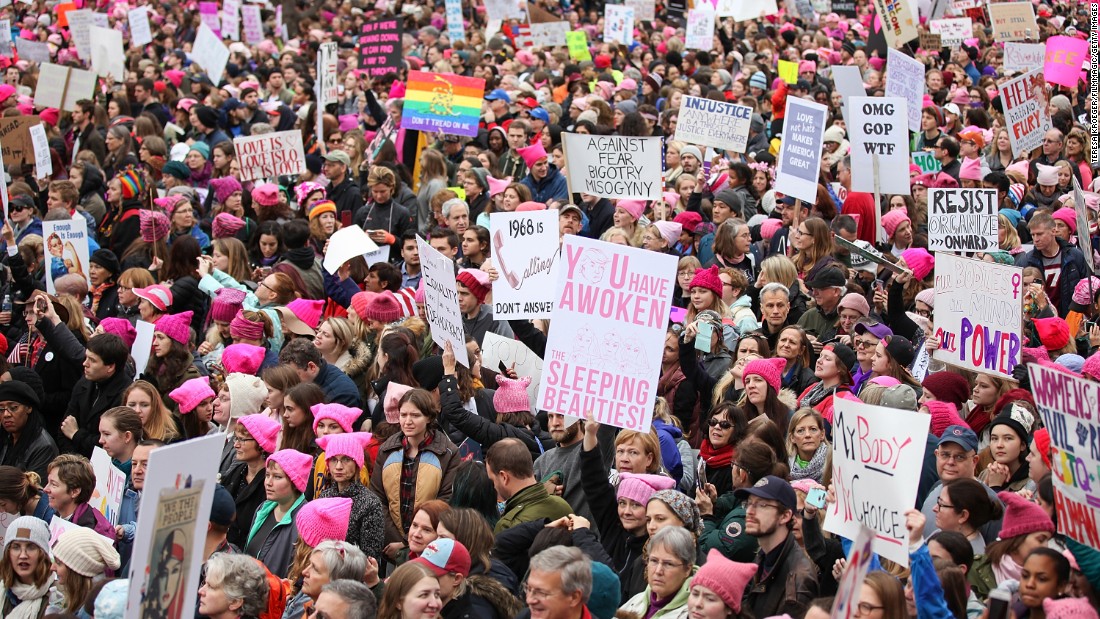 Funny how the movement has nothing to do with the film industry anymore and is all about Hollywood’s very own pet politics instead.

In reality none of this has anything to do with Bond, he’s the latest battlefield for the “warriors of social justice” and the “soldiers of the he-man woman haters brigade” to engage each other in combat. It all reminds me of a novel written by the overrated author Kurt Vonnegut, Cat’s Cradle. In this story the protagonist arrives on a small Caribbean island ruled by a dictator named Papa Monzano, who is antagonized by a rebel leader named Bokonon. In reality the two are in cahoots and only oppose each other because in order to truly control the people there must be two contradictory sides.

You see progressives aren’t necessary unless there’s something to progress to. We can never “reach the promised land” because they’ll lose all their power if we do. So they’ll leverage their friends and allies in the entertainment industry to keep the fight going. On the other side conservatives need to “conserve” so they can stay relevant, hence all the controversy, rage posts, chest thumping and punditry!

Speaking of feminism, in contrast to #Metoo, I thought the aim of the movement was to get women out of the kitchen and into the workforce, to show women are as self sufficient and adventurous as men. That women are capable of engaging in as many meaningless, anonymous and inconsequential affairs as men do? So what’s the problem? That all sounds like just about every Bond girl to me! Well it used to until about 2006 and I’ll be exploring that in the rants to come.

7 comments for “The Spy Who Loved #MeToo”