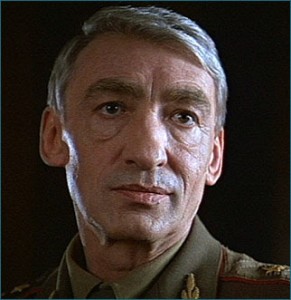 Gottfried John best know to us as General Ourumov from GoldenEye died of cancer September 1st, 2014. He is survived by his wife.

German character actor Gottfried John, star of German stage, film and television who found international success as a James Bond villain, died this week of cancer. He was 72.

John was one of a generation of German actors to emerge after World War 2 who took German theater and film in a new direction. He was part of the acting troupe surrounding directing legend Rainer Werner

RIP Goddfried John. My dear friend, We played in the world of James Bond and traveled the world together to celebrate the success of Goldeneye. I am so proud to have worked along side you. My prayers and sympathies go out to your family at this sad time in life…Peace be with you. Pierce

Discuss this in our forum.