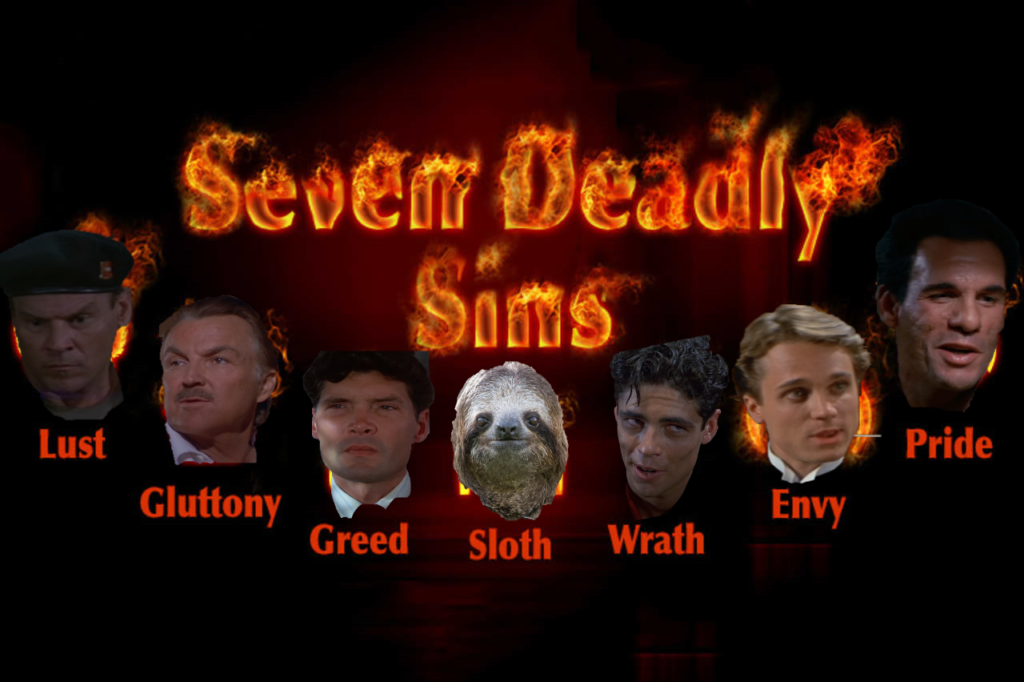 I was watching License To Kill for the umpteenth time recently when something struck me, the villains in the film correlated with the Seven Deadly Sins. What are the Seven deadly Sins, you may ask? They were made famous in Dante’s work the Divine Comedy and are in no particular order; Sloth, Greed, Lust, Envy, Gluttony, Wrath and Pride. Not only do the actions of these characters embody these sins, but the character’s deaths also correlate with these sins. I will make my case for the sinner’s actions then comment of the “death by sin.” 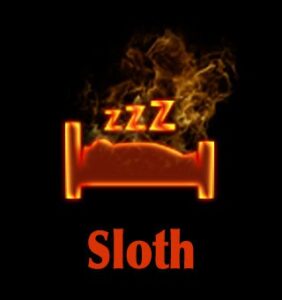 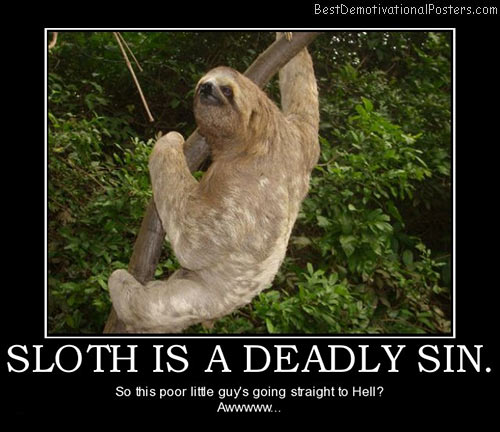 Sloth is represented by Grand L. Bush’s DEA Agent Hawkins, or as I like to call him Agent Johnson, as a tongue in cheek reference to his role in Die Hard made a year earlier where he appears opposite this films villain Robert Davi, portraying two FBI agents named Johnson. 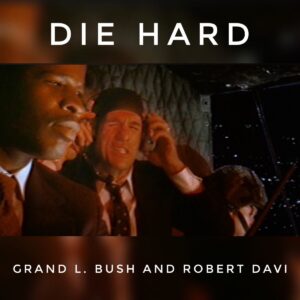 Now you may be scratching your head as Hawkins is not depicted as lazy or slovenly, this is true, however I am not referring to this particular incarnation of the sin. I am referring to the notion “Evil triumphs when good men fail to act.” Hawkins attempts to dissuade Bond from enacting his retribution upon Sanchez after Leiter’s maiming, going so far as calling in M to retrieve Bond from South Florida and take him back to London. 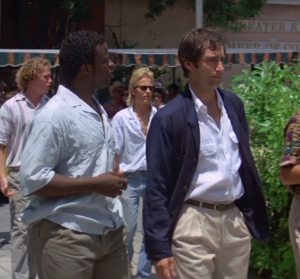 “Hey, there’s a guy over there who wants to talk to you.”

While the other men to stand in Bond’s way die gruesome deaths, Hawkins lives on, cursed to “die” a thousand times for his cowardice.

“Be seeing you Commander, I’ve got a desk to go hide under.” 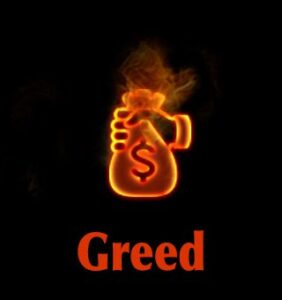 Everett McGill’s aptly named corrupt Agent Killifer, the dirty cop who takes Sanchez’ $2 million bribe and aids in his escape perfectly personifies greed. There isn’t much more that needs to be said.

“I sold everybody out for the money, old buddy.”

Greedy Killifer is killed with his own filthy lucre when the hefty banknotes knock him into the shark tank.

“Least I get to keep the caaaaaash!” 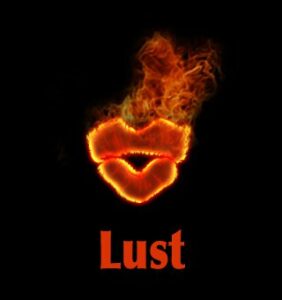 Don Stroud’s Coronel Heller is probably not my strongest example, but that’s only because he’s not as obvious as the others. He’s an odd bird, looking at him it’s safe to assume he’s not an Isthmus native, yet he’s the head of their military. Seemingly a failed former U.S. military man selling himself out to fulfill his delusions of power. In Dante’s Divine Comedy the author hypothesizes those guilty of lust are condemned to be blown about by fickle winds just as they had been blown about by their whims and desires in life. Pondering this, think of Heller’s willingness to sell out his benefactor when Pam Bouvier offers immunity for recovering stinger missiles, implying the U.S. government is closing in on Sanchez’ empire threatening the authority bestowed upon him. He demurs when Bond misses his attempt on Sanchez’ life, but when he is certain the end is near he attempts to save his ass by absconding with the missiles in order to facilitate the previously declined offer.

“What was that deal again?”

When Heller is caught taking the missiles he’s taught a lesson in true power when he’s crushed by a forklift.

Not to mention the true meaning of lust, getting penetrated by said forklift 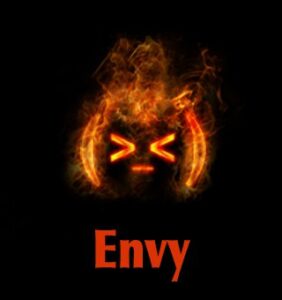 Truman Lodge played by Anthony Starke or as I call him the drug dealing Alex P. Keaton.

“Look Mallory, money laundering is just an outshoot of supply side economics.”

Lodge starts out displaying a benign envy towards Sanchez, wanting to emulate the wealthy drug lord. Witness him leading the tour at the bank and the drug processing plant, trying to play up to the business men the same way Sanchez does. Lodge’s envy turns malicious once Sanchez starts hemorrhaging money when the drug processing plant blows up, first exclaiming the set up cost so many millions of dollars and he has to save it, and culminating with the destruction of the cocaine filled tanker truck during Bond’s pursuit.

“Another million dollar write off!”

Lodge is killed by Sanchez’ own hand, the man he idolized when his envy became too vocal and obnoxious. 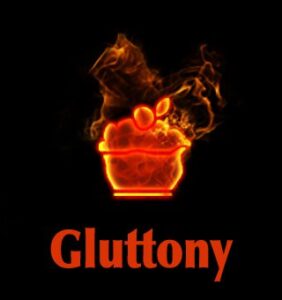 Anthony Zerbe’s oily, disheveled and drunken Milton Krest gives the impression of a man without boundaries, a man who consumes almost on impulse. Overprotective of his Key West empire, where he literally over feeds fish to obesity as cover for his narcotic distribution, he’s willing to double cross Killifer for fear it may expose his operation and derail his cash flow, not to mention I get the feeling he wanted to keep the $2 million payment for himself as well. When he learns of the loss of his marine laboratory, despite knowing full well what could happen to him should Sanchez find out, he drunkenly crashes in on Talisa Soto’s character and lecherously paws at her, feeling he’s owed something since her running away from Sanchez was what precipitated the whole affair. He’s over consumed so much alcohol he impulsively goes after what he wants consequences be damned.

“Gimme some sugar baby, I hope I don’t get disemboweled for this.”

Krest is done in with excess, in this case an excess of atmospheric pressure, he literally swells and bursts forth upon a pile of money, a rather decadent murder indeed.

The effects of over consumption 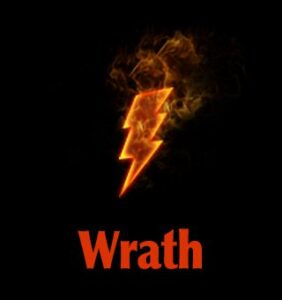 Benicio del Toro plays Dario, Sanchez’ right hand and number one hit man. When Sanchez leaves the secure confines of his corrupt empire to personally retrieve his runaway mistress it is Dario whom he has cut out the heart of her new lover. Dario is tasked with kidnapping Felix Leiter and killing his new bride. Dario is the one sent to stalk and attempt to murder Pam Bouvier in the Bahamas. When Bond is left for dead on the conveyor belt, Dario stays behind in the burning and exploding building to finish Bond off for no other reason than to satisfy his blood lust. 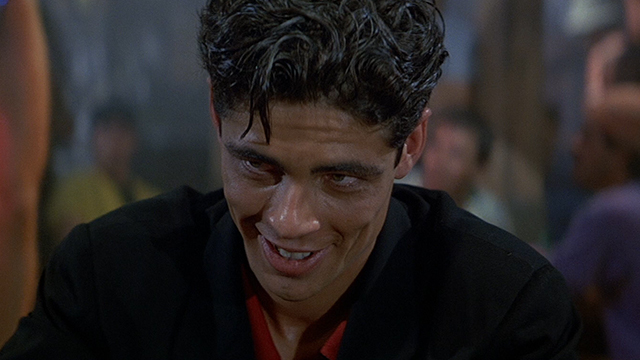 No one’s asking you gringo

As Dario is cutting the rope holding Bond above the shredder, Pam Bouvier appears dressed in white robes looking like an avenging angel. Dario exclaims in surprise, “you’re dead.” Forgetting about his current act of wrath, he raises his knife to finish the job he thought he’d done back on Bimini. As Dario is distracted by this wrathful obsession Bond pulls him down into the shredder.

I’m asking you gringo, HELP ME! 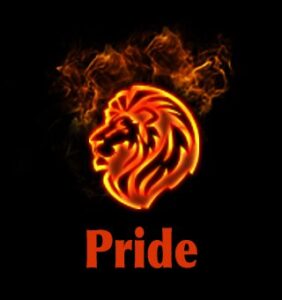 That brings us to the man himself, Robert Davi as Franz Sanchez. Sanchez is a prideful animal, all of his actions throughout the film are the result of his pride and hubris. He leaves the sanctity of his banana republic to personally retrieve his runaway mistress rather than sending his flunkys or simply letting her go. He exacts revenge on Felix Leiter, despite telling him “it’s only business,” which if it were, he would have left him alone, as killing a governmental agent can’t be great for the bottom line. Of the henchmen Sanchez kills, all were done in because of a perceived slight to his ego. Bond used this ego to turn Sanchez against Krest and Heller, planting seeds that they were behind Bond’s failed assassination attempt of Sanchez.

Surely no one would take on such a powerful, wealthy, handsome and wonderful man such as yourself alone!

As mentioned above, Truman Lodge was too envious to keep his mouth shut, insulting Sanchez when another tanker load of expensive narcotic was destroyed.

Which leads us to Sanchez’ demise. Having Bond right where he wants him, squarely beneath the blade of his machete…

Don’t you want to know why you’re not the greatest?

Sanchez is distracted by the promise of learning why Bond would “give up everything” to betray him.