Barbara “Babbzy” Broccoli, yes she actually calls herself that folks. Check this email she sent in 2014 to Sony head Amy Pascal, wherein she infers Jamaica is a dangerous “shit hole” to paraphrase a certain embattled American politician and note Babbz’ email address. . This is a woman who egotistically states she rules her production company EON, with an “Iron Fist” and that all her employees had “…better be afraid of me!” Yes that’s the way to run a business, by driving your employees before you, crushing their souls and listening to the lamentation of their spouses! And before you accuse me of being a sexist misogynist dinosaur; it’s pretty damn stupid for a man to behave that way too!

Let us step back and take a look at the “Iron Lady of EON” for a moment. She’s made it pretty clear she dislikes Bond, saying he’s “developed some pretty distasteful past times” and putting him (in the guise of Craig) in drag for a public service announcement. It’s quite obvious she’d much rather be doing anything else than making another dirty, testosterone fueled, toxicly masculine Bond picture. Then why does she do it you ask? Because without Bond she’s nothing in Hollywood and she knows it. Bond makes money no matter how garbage the product. Bond in general has been living on 50 years of nostalgia and Craig’s Bond in particular on one film and 15 years of reruns. But that’s beside the point, Bond makes money therefore Babbzy is a player in tinsel town.

So if anyone believes for a second Babz is ever going to step away from Bond, they got another thing coming. However, I believe she already has… Not officially of course, and never will! But I do believe she has this money printing machine on auto pilot. Why else would she continue to hire the hack services of Neal Purvis and Robert Wade two “film writers” so inept they’ve barely ever finished a script on their own. I don’t mean individually, rather than the duo working as a team. No I mean these two hacks who only work together, have written eleven films and in all but three needed a third party to step in and “help” (read actually write) their work. The one Bond film they did do on their own? Die Another Day, let that sink in for a moment. So why does she do it? Because they’re cheap and available (I wonder why?) and who cares about a plot we’ll just find some guy or gal to step in at the last minute to slap it all together.

Exhibit B, she’s kept Craig on for an eternity. Even Dan’s most ravenous fan boys have to admit he’s gotten a bit long in the tooth by now. After 15 years the 51 year old needs to hang it up, especially since he himself stated he hates making the films (but not the huge payday). OK so again why? Because first, recasting is too much work to invest in such a “mundane and tedious” franchise, and more importantly Craig has essentially become the sole producer. He’s acting obnoxiously on set pushing the director around, turning cast and crew against him with his boorish behavior and apparently he can add any writer he likes to the script no matter how far along the production is. While he does this I assume Babzy is working on her tan in the Caribbean sunshine (but not outside of the “safety of the resort”). Craig runs the show; Babz is only the whip he wields to make the puppets dance.

Just look at her haggard nonplussed appearance in the promotional non announcement video released in April (starting at 3:30); she looks like she’s attending her own funeral! Even Craig who was obviously bored to tears was able to feign some amount of excitement (14:00 in video). I guess it’s all that Shakespearean training.

One has to wonder just how much of the ridiculous content in the recent spate of films ol’ Danny’s responsible for. He started with Casino Royale in which he was nothing more than the starring actor, most of the production was done before he even got there leaving him with little input on the finished product other than his performance and whatever he may have contributed on set.

Quantum of Solace (QOS) saw Dan’s rise from thespianic gun for hire to pre-production contributor with the writer’s strike, which had befallen production at the time. If only EON had their head in the game before hand and had actual writers working on a comprehensive script, rather than the highly overrated and apparently delusional Paul Haggis, they may have had something worth working with come production time. Instead Craig along with Director Marc Forster were forced to write on the fly while shooting, a style EON has taken as routine since. QOS, stuffed to the rafters with trite polemics against western governments, the value of oil as well as water conservation could have been chalked up to Forster’s hand alone, however with the themes of the following films coupled with Craig throwing his hat behind the socialist United States Presidential candidate Bernie Sanders in 2016, one can’t help but believe Dan had a say in that decision.

Skyfall finds Craig’s “Bond” calling in to question his loyalty to Queen and Country as well as his own sexuality in a nihilistic Technicolor triste. Given Craig has at this point been given a producer credit coupled with the dramatic shift in tone from the films that preceded his employ one must wonder. Also consider the graduation from Martin Campbell journeyman director extraordinaire through semi auteur Forster to supreme auteur Sam Mendes whom Craig worked with previously, again we must wonder who’s calling the shots and to what end.

SPECTRE also directed by everybody’s favorite legend in his own mind Sam Mendes, sows more useless drama in the form of the ridiculous brother Blofeld plot. Craig who once again holds a producer credit must surely have had a say on this garbage even if he didn’t write it he definitely signed off on it.

Bond 25 started with an additional auteur seduced into the underworld of popular film. Danny Boyle, another pretentious leftist eager to display his politics in celluloid was initially signed to helm Craig’s fifth film. Once his vision of Bond was deemed too extreme for EON and their star/producer Craig, he was jettisoned like an unwanted passenger in an Aston Martin DB5. Funnily enough rumors abound that Craig could only be wooed back for Bond 25 if his buddy old pal Mendes was ousted. I can’t say I fully abide by this rumor as Mendes said early on he would not be back, I assume because his sensibilities can no longer take the punishment of not being able to rail against American suburbia in film. Regardless, a lesser director in Cary Funknwagnels was brought in to steward the film, yet seems beholden to Craig’s ideals as evidenced by rumors and photos claiming Dan pushes the young director around on set. 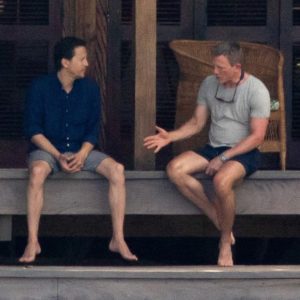 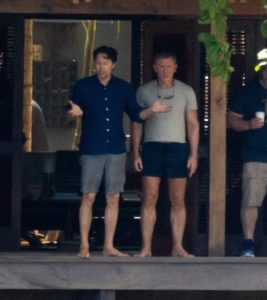 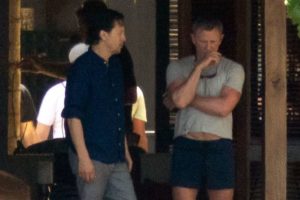 So as we track Craig’s ascension from mere actor to co-producer, as well as iron Babbzy seemingly taking a more hands off approach, we also see a rise in anti-western polemics and social justice clap trap which seem to mirror his own politics, coincidence? Perhaps not.