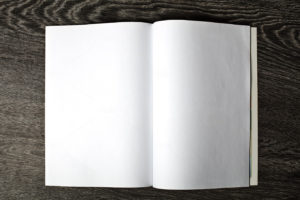 A copy of the Bond 25 script acquired at high cost of lives and money for you the reader!

Dateline, April 25, 2019, EON Productions interrupts your busy day to hold a press conference for Bond 25 in order to inform you nothing is happening! Yes you read that right EON’s coterie of stooges held a press conference for absolutely no reason! As you recall the production company’s name EON is an acronym for Everything Or Nothing, it seems they’re concentrating on the nothing aspect

You notice I’m still calling it “Bond 25” because they couldn’t even be bothered to come up with a title before rushing to waste 20 minutes of our lives!

The video junket opens on a large table, set up on a veranda at Goldeneye, the famed Jamaican home of Ian Fleming, with director Cary Fukunaga, the iron lady herself, Babz Broccoli and her withered half-brother Michael G. Wilson (MGW) fresh from the Alzheimer clinic where he now resides.

The trio spend four minutes talking, but saying nothing, at least nothing we didn’t already know! Through the poor audio one can barely make out Babz and her lackey MGW butcher the history of Fleming’s writing when they claim he started writing Bond “57 years ago.” No Babz your father started making Bond films 57 years ago in 1962. Fleming began writing his novels in 1952, 67 years ago. You may call me pedantic for that, but come on, Babz and her bro hold themselves up as the keepers of the Bond flame and yet can’t get a simple detail right in their own scripted presser!

MGW proceeds to lie through his teeth claiming Craig reads Fleming’s novels “from time to time for inspiration,” inspiration of what I surely don’t know. Remember, Craig is the man who thinks Bond is some sort of antihero, “the man you hate to love.” Old man Wilson also claims they stay “very true to the character (of Bond)”, laughable! I don’t remember Fleming’s character being such a miserable prick. MGW claims this character adherence to be part of the series’ endurance, If they stay so true to the character then why such a hard shift between actors? They all can’t be true when they’re all so different!

Through the hail of self-congratulation and onanism we are told the official writers are Neal Purvis, Robert Wade, Scott Burns and Phoebe Waller-Bridge, all of which we already knew. Babz also gives us a run-down of the “plot,” I use quotes here because as we know the script is still being written as we speak.

According to Babz’ rough sketch, all that exists of this story, at the start of this film we’ll find: “Bond has left active service and is enjoying a tranquil life in Jamaica. His peace is short-lived when his old friend Felix Leiter from the CIA turns up asking for help. The mission to rescue a kidnapped scientist turns out to be far more treacherous than expected, leading Bond onto the trail of a mysterious villain armed with dangerous new technology.”

Brushing aside how bizarre this outline is to another time, it seems Pervis and Wade have managed for a sixth time to have Bond working outside the realm of his employment, because heaven forbid James Bond world famous master espionage agent, actually function as a spy in an official capacity!

Babz is asked about the title, she answers there is none yet, prompting the amnesic MGW to intone, “I can’t remember the last time we had a title when we announced the beginning of the film, it’s a tradition now.” That’s funny because I can, that would be wayyyyyyyy back in 2014 when you announced the start of principle photography for SPECTRE in a useless spectacle very much like this one. Also the film before that and before that, it was a tradition then. So less than a year from release, we’re having a press conference about the film and no title? What happened, were you too indignant over the fact fans figured out your magnificent title, as well as the less glorious backup before this little soiree, so you’re changing it?

Locations will be Norway, which we knew, Jamaica which we suspected and some town in Italy, which will probably play such a small role we won’t care. The hostess cuts away to waste a minute showing some footage of previous Bond locations in Jamaica assuming we’ve all contracted the disease of forgetfulness plaguing MGW.

Upon returning the cast is “confirmed,” again I quote because we all knew who was cast months ago. It’s the usual characters from Skyfall and SPECTRE plus Jeffery Wright as Leiter. Rami Malek fresh off his Oscar win, and therefor collecting a huge paycheck, will be playing the unnamed villain. Unnamed probably because the genius scribes concocting this masterpiece haven’t come up with one yet, that or he’s playing Blofeld. Rounding out this cast of world renowned actors are such house hold names as: Dali Benssalah, Ana De Armas, Laschana Lynch, David Dencik, and Billy Magnussen.

Two and a half minutes are thrown away showing the low lights of Craig’s Bond career before joining the lethargic cast sitting languidly in a semicircle. Rami Malek who wasn’t there, sent a prerecorded message in which he says nothing, because there is nothing to say, because nothing is happening on this doomed production.

Craig, who couldn’t be bothered to put on a proper pair of shoes and looking as if he’d rather slash his wrists than be there, is asked a question, supposedly sent in moments ago by a viewer. The fact this question and the others that follow, which are supposedly oh so hot off the Twittersphere, are written on a note card the hostess is already holding gives me pause as to this claim.

The question, in question asked by a, “Brian from the U.S.,” “How do you think the appeal of James Bond has lasted through the 25 movies?” First of all “Brian,” if that is your real name, if you have to ask, what are you doing here? Second why are you asking a man whom has himself stated he is only there for the money? Craig answers by sputtering on for 50 seconds about “consistency” and how the films were “events,” he says during his tenure they “tried to continue that tradition while standing out as different than the other movies out there.” Which of course is why, and Sam Mendes confirmed this speaking about his films, they copied other films such as The Dark Knight, Bourne, etc. as well as all the misfired winks, nods and homages to previous Bond films. Craig also mumbles something about “Fleming” and “Connery” before the hostess mercifully cuts him off.

“Steve from Facebook” asks Naomi Harris how she felt when she was first cast in a Bond movie? A timely question by old “Steve” there, considering she was cast nearly 8 years ago and is now working on her third film, well she will be, whenever they get the bloody thing written. If you care to know her answer I suggest you do what our friend “Steve” should have done and “Google it.”

“Corneal from the Netherlands” asked “Which cast member was the most excited to be in Bond 25?” Well Corny old boy, I can certainly tell you which one is the least excited! The member who answers, Lea Seydoux, is a close second, as judged by her lackluster and unenthusiastic response.

“Steve” again asks a question, this one to Miss Harris, “In what way will Moneypenny’s role be different than the previous films and will you be back in the office or out in the field?” A rather odd question, as Harris’ Moneypenny was vastly different to the previous interpretations in that she was in the field at all, she then took up a more traditional role working for M. So ether way she goes, it won’t be any different to her previous films. It’s all moot any way as Harris gives a quick “I can’t say” which is true, mostly because it hasn’t been written yet.

Ana De Armas is asked directly by the hostess rather than “Steve” or “Corneal,” what has she done to prepare for her role? Ana  flat out answers she hasn’t started to prepare yet, looking to the director she nervously chuckles “I don’t know how that’s gonna go, Cary any suggestion?” Fukunaga responds, “We’ll have to play it by ear.” I suppose her flustered response is due to the fact there is nothing to prepare for. One could also read something more disturbing into this response when we remember the rumor Craig requires certain accommodations from his female costars.

“Ryan on Instagram” asks the director what he brings to the table? Fukunaga stalls asking the hostess to repeat the questioner’s unimportant name, then toes the company line stating Craig is his favorite Bond, calling in to question his qualifications altogether and further states he wants to give him a proper send off.

A different “Daniel” asks Daniel Craig what his favorite gadget or car is, since Craig scoffed at gadgets in his films, that narrows it down to cars. Danny so nonplussed he couldn’t bother to hold the microphone to his mouth answers the Aston Martin DB5, further stating if he could afford it, he’d buy one. I don’t know Dan, maybe use some of the pocket change that fell down the sofa cushions after the galactic payday which enticed you to return for this travesty in the making.

That brought the seven minutes of stilted Q and A to a close along with the entire conference, ending with ten seconds of stop motion photography showing the construction of the hut 007 will supposedly be retiring in with his girl Friday.

So EON spent what I can only assume to be a tidy sum to film a twenty minute video, eleven minutes of which were “substantive,” in order to tell us nothing, at least nothing we didn’t already know and to release it on the same day Avengers: End Game premiered speaks to the lunacy that’s going on in the halls of EON.

27 comments for “SHATTERCLIPSE: Apropos of Nothing”