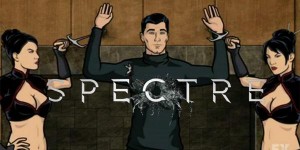 A few weeks ago the EON team proudly released a teaser poster for their new film Hydra, no, wait sorry. S.P.E.C.T.R.E, I meant SPECTRE, their mascots are so similar it is easy to confuse them. 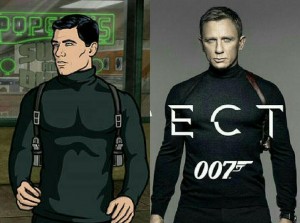 Aside from the computer generated looking Craig (photoshopped to the extreme) what got the attention of the younger generation was the “Tactical Turtleneck” Craig was wearing. I can hear you asking the same question on all of our minds “‘Tactical Turtleneck’ what the heck is that?”. Well instead of seeing an homage to Roger Moore in Live and Let Die, which was itself an homage to Steve McQueen in Bullitt (click here for more on the Evolution of the Spy Turtleneck). What the Twitter generation saw was the Bond franchise copying one of cable TV’s most beloved animated spies, Archer.

Archer for those of us unfamiliar the premise of the show is an animated show aimed squarely at adults, parodying the spy genre, including television and movies, from the 1960’s to today. Especially Bond, which we believe must have inspired the show.

In an odd way this is a fitting irony since the 007 series over the course of its history blatantly copied many modern trends. Most notably of recent times Batman Begins and the Bourne movie franchises.

Apart from telling those pesky twitter generation kids to get off our lawn and stop listening to the Beetles so loud there is not much we can do. After all Bond didn’t invent the turtleneck, he only used it after somebody else more daring made it cool. 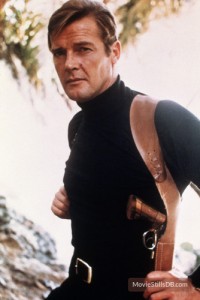 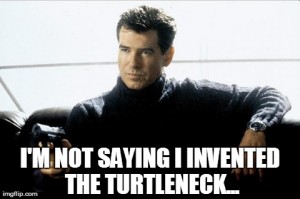 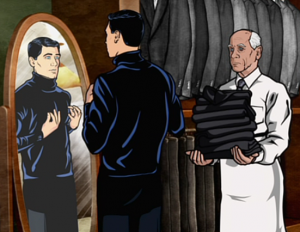