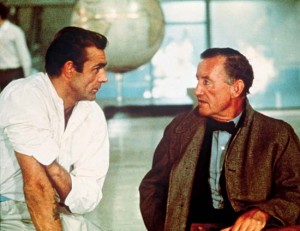 Bond is famous as a handsome hero in the same guise as – for example – Superman. When Ian Fleming sat down with a stiff drink and penned his first thriller his hero was an archetypal one: tall, dark and handsome. But now today in 2015 we have a Bond in the movies who is the opposite of this.

Cubby Broccoli always wanted a certain look for Bond. If he saw the traditional handsome Bond look in his postman he would screentest and keep him in mind for future movies. Cubby had files on a series of models and wooden actors in his filing cabinets because they had the Bond look. He even famously cast a model as Bond in On Her Majesty’s Secret Service because HE LOOKED LIKE BOND!

The tall handsome look for Bond remained until Barbara Broccoli inherited full control of the Bond franchise. Bond was the Milk Tray man. A common joke among comedians etc was to have a short odd looking chap dress in a tuxedo and say he was James Bond. Barbara decided to render this joke redundant by casting Daniel Craig as Bond. Daniel Craig, obscure English character actor with a short stature and the looks of a traditional villain from Ian Fleming’s time (i.e. odd looking) was unveiled as Bond. Of course Craig’s casting had nothing to do with the fact he was a close personal friend of Barbara Broccoli.

Craig’s casting now means that anyone can be Bond – even a black actor.

When rumours surfaced of Craig’s potential casting everyone on the James Bond fan forums complained. He was too ugly they said; he would never be cast. But these same fans bent over backwards to defend him suggesting that he looks like Sean Connery and that Ian Fleming did not actually define what Bond looked like. Strangely enough most of these Craig fans are ardently against a black Bond. But through their support of someone who looks like Craig as Bond the Bond look rules have been discarded so a black Bond would be no big deal; and those Bond fans who changed their minds to support Craig would no doubt switch again to support a black actor as Bond.

One last note of Craig’s unsuitable look for Bond. Craig fans often say opponents to his casting dislike him because of his “blonde hair”. This is untrue. He has completely the wrong look for Bond – too short, odd looking, big hooter, weird droopy mouth etc. And his approach to Bond is charmless, humourless and wooden. But audiences seem to love this 21st Century Bond. 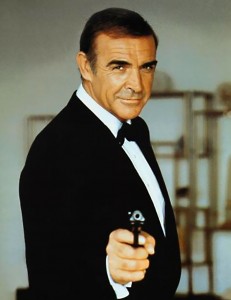 5 comments for “Bond -Do Looks Matter?”