Warning: A non-numeric value encountered in /home/classicbond2017/public_html/DanielCraigisnotBond/index/wp-content/themes/magazine-premium/functions.php on line 50
 Martin Campbell to Direct Blakes 7 Remake – Daniel Craig is not Bond.com 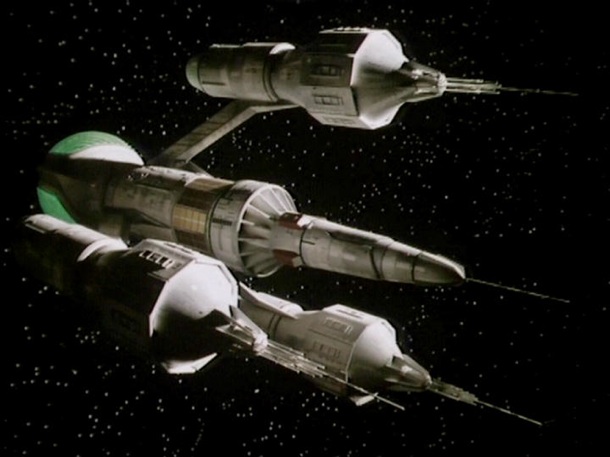 Bond director Martin Campbell (age 70) will be directing the remake of cult classic Blakes 7 for the SyFy channel. Some of our staff are not so sure about remaking this series,  how do you feel about the potential Battlestar Galactica treatment for Blakes 7?  discuss in our forum.

Deadline.com—FremantleMedia is launching sales here in Cannes on the remake of Blake’s 7. Developed by Syfy, the 13-part series is produced by Georgeville TV and Marc Rosen, written by Joe Pokaski (Heroes) and directed by Martin Campbell (Casino Royale). Syfy made a script-to-series commitment back in August of last year on the reboot of the cult British sci-fi series. Originally created by Terry Nation (Doctor Who), Blake’s 7 premiered on the BBC in 1978 and ran for four seasons. Georgeville acquired the rights to the franchise from Andrew Sewell and his company B7 Media with funding provided by Motion Picture Capital. The reboot sees seven criminals – six guilty and one innocent – on their way to live in a prison colony in space. When they acquire an alien ship, they get a second chance at life and to become the most unlikely heroes of their time.

Digital Spy.com –“Blake’s 7 was such a forward-thinking concept that the show continues to have resonance with audiences today,” said David Ellender, CEO FremantleMedia International.

“Its complex characters and gritty storylines, coupled with the highly talented team and modern production techniques are sure to appeal to both original fans of the show and new viewers.”