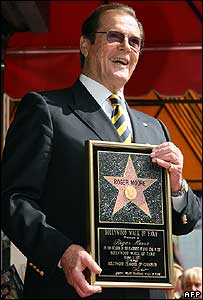 Moore gets star on Walk of Fame

Sir Roger Moore said he was “thrilled” with the accolade
James Bond actor Sir Roger Moore has been honoured with a star on the Walk of Fame in Hollywood, Los Angeles.
The plaque is located in front of 7007 Hollywood Boulevard – a nod to the British veteran’s most famous role.

“I’ve had a love affair with Hollywood for many, many years,” said Sir Roger, who turns 80 this weekend.

The actor – who appeared in seven James Bond films in 12 years, beginning with Live and Let Die in 1973 – described unveiling his star as “a big thrill”.

Thanks to “Carl Stromberg”
Discuss this news story on our Forum 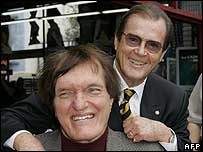