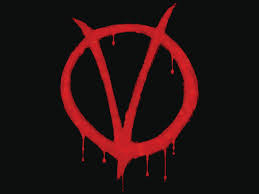 This year, it is Casino Royale, surprise heir to the throne of Worst Bond Film Ever.
..this isn’t the film he was promised. This is James Bond as directed by a house-wife, with her 12 year-old son directing the action.
Uninspired, unsuccessful and as much of a franchise-killing
blow as this critic has witnessed.

The V isn’t a nasty person. He tries to be righteous. But every
once in a while a film comes along that rubs him up the
wrong way. This year, it is Casino Royale, surprise heir to the
throne of Worst Bond Film Ever.

Aside from the 12A rating the film carries, the second thing
that will concern the viewer is the first set-piece after the
rather mundane opening credits. For a Bond film with the
agenda of “toughening up” and “stripping it down”, this first
scene – a cat-and-mouse-chase across a building site –
comes as a terrifying warning to those expecting excitement
and even basic logic as we see Bond drive a Bulldozer,
without tactical purpose, into the site in order to capture a
most agile of adversaries. What shocks further is the shape-
shifting will of the by-standing builders themselves, some of
whom seem intent on punishing the villain, with unknown
motives – leading to bullets in the chest -and some of whom
seem unawares to his villainy, leaving the audience to paint
some sort of back-story themselves.

The point-and-shoot direction of Goldeneye helmer Martin
Campbell proves that with a good script (Goldeneye) an
average director can make a good film, but with a flat, barely
visible script (Casino Royale) an average director can only
make a bad film. The banter between Bond and original
femme fatale Vesper Lynd speaks volumes for the shocking
misstep taken by writer Paul Haggis, and the more expected
misstep taken by The World is Not Enough and Die Another
Day writers Neal Purvis and Robert Wade. Daniel Craig,
therefore, only manages to impress with his physique in the
film, lacking the adequate substance to confirm him as the
rightful successor to Brosnan in anything but appearance.
What impresses even less is his lack of participation in the
action scenes, with obvious digital manipulation and
shamefully exposed stunt-doubles covering anything that
isn’t a blue-screened vehicle or filmed from the waist up.

The film’s faithfulness to the original novel comes only an
hour into the film with the ultimate scene of the book, the
gambling table duel, taking up around thirty minutes; an
ample time-frame were the scene not robbed of tension and
weight by the lack of suitable art-direction. The less
glamorous approach to the iconography is understandable
but the scenery is so blandly painted that scenes feel lifeless
and severely manufactured. This lack of authenticity carries
over into the fore-mentioned action scenes too, with Bond
seeming only average in his abilities rather the stone-cold
double-o agent he has apparently become. Bond’s presence
at crime scenes and on internet news-pages adds further to
the disbelief, with the ridiculous portrait of the tragic
Vesper/Bond romance (characterised by a tuxedo scene
worthy only of a romantic comedy) the icing on the most
tasteless of cakes. It’s worth also mentioning a wholly
distracting penchant for product placement in Casino Royale,
one that sees Bond verbally acknowelgde his watch’s brand
between ridiculous extended takes of Sony Ericsson mobile
phones. The film may well be intended to be back-to-basics
for Bond, but no-one said it had to feel this cheap.

The V isn’t a nasty person. He tries to be righteous. But this
isn’t the film he was promised. This is James Bond as
directed by a house-wife, with her 12 year-old son directing
the action. Uninspired, unsuccessful and as much of a
franchise-killing blow as this critic has witnessed.