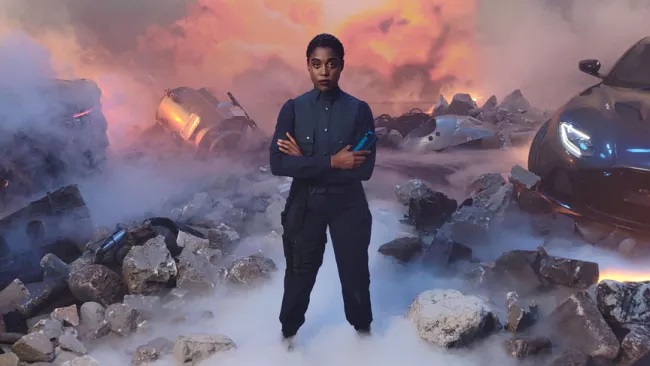 Agent Naomi standing in the rubble of the Bond franchise.

Well it seems Lashana Lynch has once again put her foot in the mouth of the EON Productions publicity department. Well, to be fair I can’t tell if it’s Ms. Lynch or the author of this piece taken from the hyper political Los Angeles Times, I’d call the newspaper a leftist rag, but I’d be repeating myself. 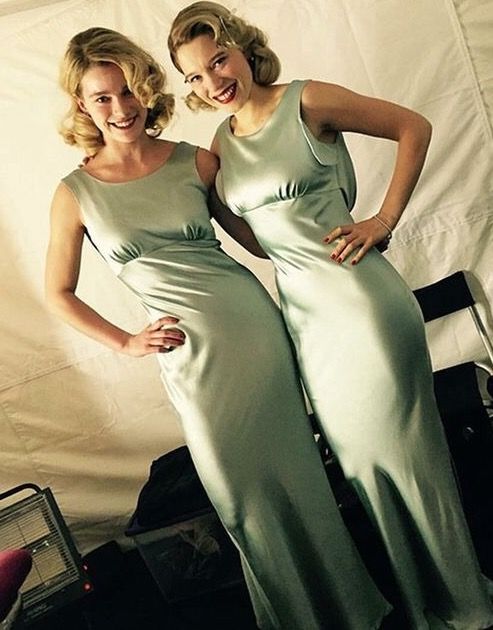 One is a news outlet, the other a group of political activists, can you tell which is which?

Lynch starts with the bog standard “Different Kind of Bond (Girl) Woman” claptrap that has been propagated since at least the 1980’s:

“Nomi is a fine example of your modern-day woman who doesn’t take anything lying down and who gives everyone and anyone a run for their money,”

Yup, the “modern-day woman” never saw anyone like this in all of cinematic history!

“Mentally, physically, energetically and spiritually, she has everything covered so that whatever questions you had about women and this franchise are shot down completely.” 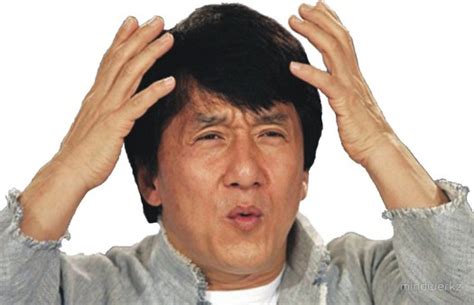 I’m sorry when has anyone ever questioned women in this franchise?! From day one women have been portrayed as independent free willed individuals. Now society’s definition of “strong independent woman” may have changed over the 6 decades since, but time doesn’t exist in a vacuum which is something these folks don’t understand. 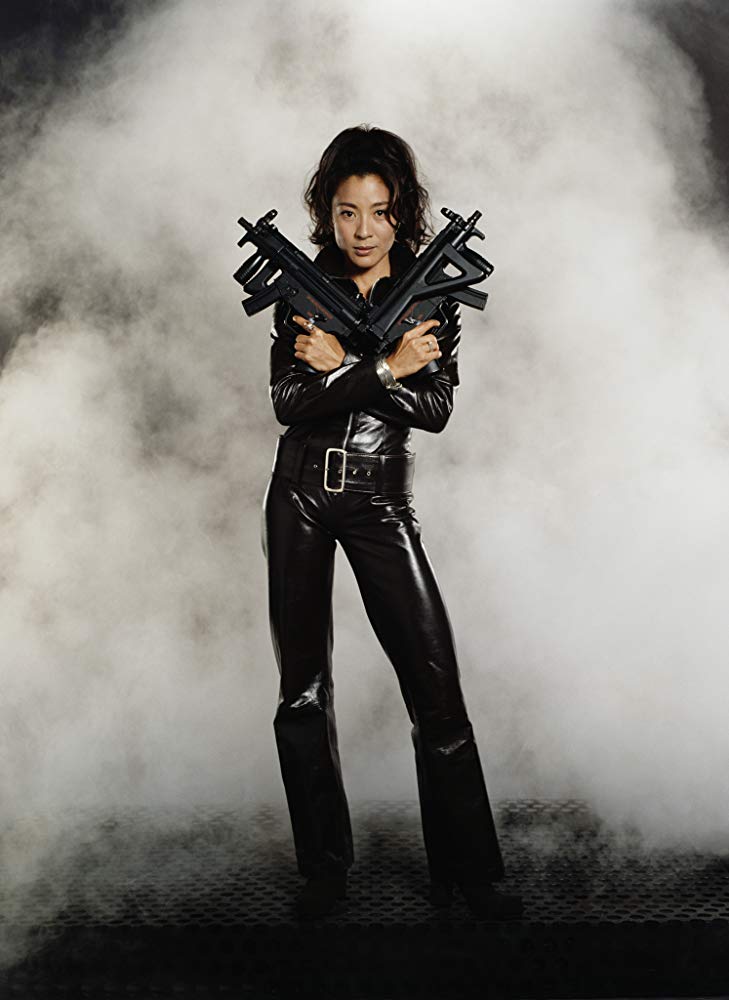 A woman who had “everything covered” in this franchise 25 years ago.

I’d also point out this statement flies directly in the face of a comment made by Lynch two years ago when she said:

“Lynch says creating her Bond character was about working with Waller-Bridge and Fukunaga to shape a real woman. “I didn’t want someone who was slick. I wanted someone who was rough around the edges and who has a past and a history and has issues with her weight and maybe questions what’s going on with her boyfriend.” 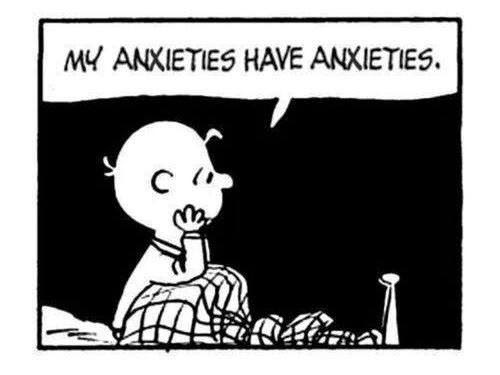 This statement along with the rest of the article tries to walk the line of invoking Pol Pot’s principle of “Year Zero” while also trying not to step on Barbara Broccoli’s toes and fails miserably at both!

“With the role, Lynch becomes just the fifth Black actress to have a major role in a Bond film across 25 movies (Gloria Hendry, Grace Jones, Halle Berry and Naomie Harris round out the list).”

Oh, “only” five, well I guess Babz just needs to “do better” then!

“They were fantastic,” said Lynch of her predecessors. “When Halle Berry was in it, when Naomie was in it — who’s now a friend so I appreciate her even more — it just meant that I could relate to this very quintessentially English franchise and actually relate it to my life. I didn’t need to be a fighter or know how to handle a gun or anything like that to be able to relate to these women. They just felt like members of my family onscreen.”

My biggest take away:

“I didn’t need to be a fighter or know how to handle a gun or anything like that to be able to relate to these women.”

You didn’t need to be all of those things to relate to these women, but you needed to be the same race? Look, I’m not oblivious to the need of representation in media, a subject I will touch on in a moment, but this is getting out of hand. Good characters should be able to touch you no matter what they look like, it’s why as a little white boy I enjoyed playing with my friends as Eddie Murphy’s Axle Foley from Beverly Hills Cop or why black superstar athlete Shaquille O’Neal identifies with white Superman. If a character is good enough, it shouldn’t matter what the actor playing them looks like, they should resonate with you regardless.

“Lynch’s casting announcement was met with outrage from misogynistic and racist trolls who, even in 2021, can’t imagine the mantle of 007 being held by anyone but a white man.”

While I’m sure there were far too many wretched, disgusting individuals who think it “funny” to post vial, repugnant messages online, this is the internet after all, I don’t think this is to whom they are referring. They could be speaking to the “Keyboard Commandos” who came marching across the parapets to wage war on the battlefield of pop culture, a group I spoke about at the time. Could you blame these folk though? After all we were bombarded with clickbait titles to articles and think pieces like this:

Report: Lashana Lynch, a black British actress, will be the next 007

Not to mention Lynch’s assertion tampons would be referenced in this film! I mean, it’s not like we’re talking about a 70 year old franchise which spans 13 original novels, 9 short stories and 24 films! You’ll have to forgive folks if they bristle a bit when you muck about so drastically with something they hold so dear.

But the question is, when “your truth” encroaches upon the “truth” of so many others do you have that “freedom?” 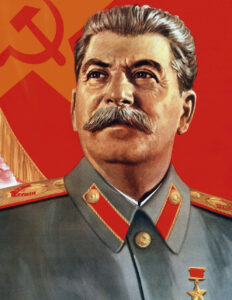 “I’m just living my truth.” (about as subtle as the clickbaiters)

“As for the young Black women who will get to see themselves represented for perhaps the first time, Lynch empathizes…”

Not one paragraph after the author makes a statement about it being “current year” so how dare anyone object to a black woman taking over the Bond franchise, they turn around and make another “Year Zero” statement ignoring all history before, referring to black women (note that’s women, as in full grown adults) seeing themselves for the first time! Because they didn’t just mention the 4 previous black female characters to appear in the Bond franchise! Now admittedly not all of them are winners, but what about the two exemplary specimens you spoke of a moment before? Is there a group of grown black women who have been hiding under a rock the last 20 years and haven’t seen these characters? 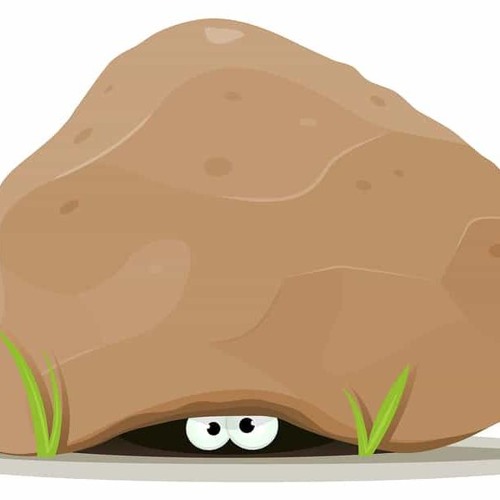 I’ve never seen a black woman in a Bond film before!

As to representation itself I’m all for it, especially as a fan of black women. Young people of all races, colors and shapes should see positive examples in media, but it can go too far when it’s done ham-fistedly and at all costs in the form of cheap stunt writing. We aren’t talking about casting black actors for roles their particular talents make them well suited for, no we’re back to the “authentic blackness” I touched upon a few rants ago. I’m speaking of the arbitrary stereotypes (often negative) ascribed to the black community mostly by white elites and black activists. Gone are the days of individuals possessing their own unique experiences, rather it seems we’ve been reduced to nothing more than the sum of our parts, if you are this race then you are X, Y and Z and if you don’t fit that criteria? Well, as none other than U.S. President Joe Biden said: 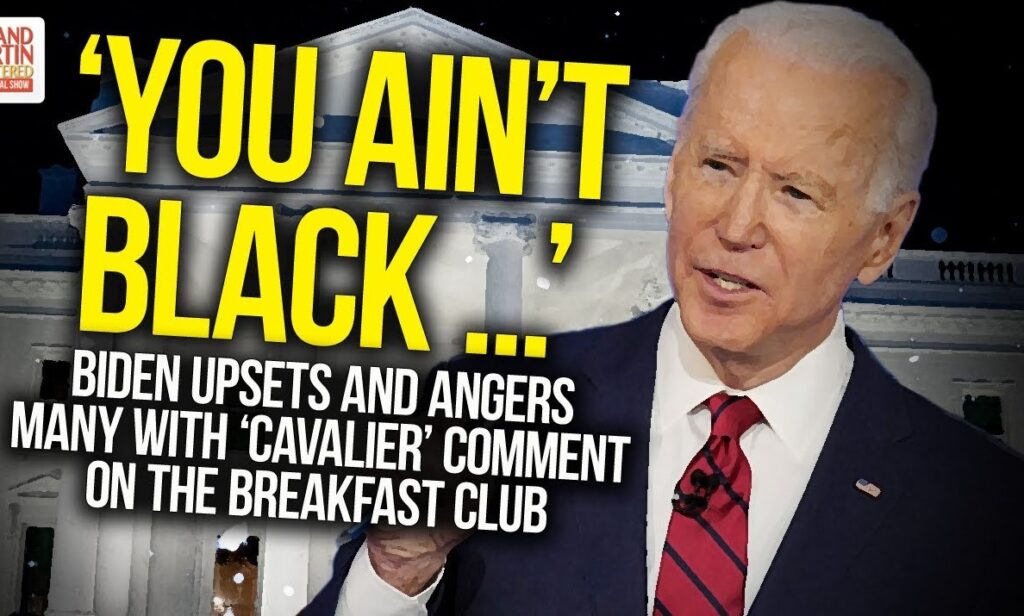 Or the BBC executive who ironically, is their chief diversity officer who said Idris Elba’s character on the crime drama Luther wasn’t “authentic” because he “doesn’t eat Caribbean food!” This is the problem with the notion of “shared experiences,” nevermind black people come from all over the globe or that some people who look “black” aren’t. There are many black people who have assimilated into their home country’s culture and prefer the native dishes rather than the food from where their ancestors came. My wife for example grew up on spaghetti and cheeseburgers and refuses to eat fried chicken and watermelon because of the negative stereotype associated with those dishes in the black community, however to hear this executive you’d think black folk eat nothing but! Our friend at the BBC who is black and I’m guessing of Caribbean ancestry assumes every black person in Britain does as she does, because “blackness.” Kind of like how American “wokeists” believe all black people come directly from Africa and/or America, I cringe every time I hear someone refer to a black person as “African American,” since obviously not all black people are from those two places!

In reality if Naomi had been Agent 001-6, or 8/9 we would not be having this discussion and EON would be primed to reap the rewards of a spin off series, especially now that they have new Amazonian overlords. Instead EON had to top themselves with this bit of cheap stunt writing which has painted them into a corner. They have to either move forward in future films with Naomi as agent 007, “demote” her to another code number by the end of the film or just drop her altogether after this film, none of which will be satisfying. 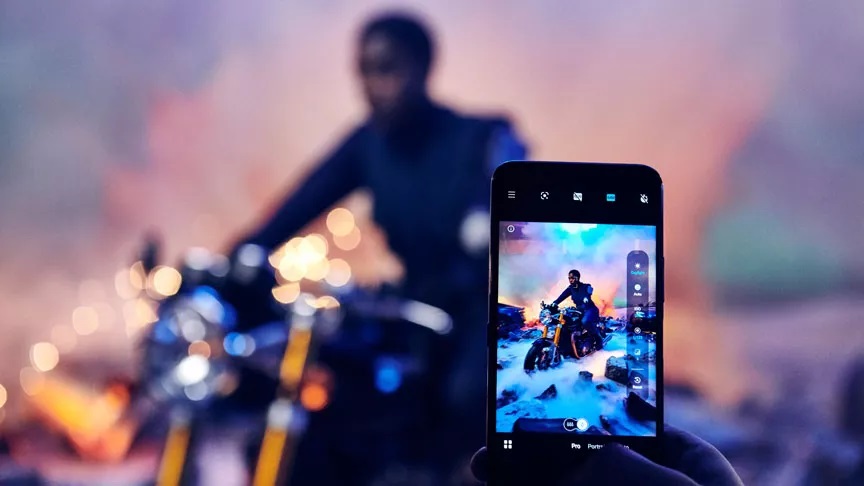 I hope you’re ready to ride off into the sunset Ms. Lynch.

In other news, the “final” trailer for No Time To Die dropped a few days ago! There isn’t much we haven’t already seen, mostly because it starts with a barrage of images from previous films which doesn’t bode well. Of what we do see that is new:

The villain’s big scheme involves weaponizing people, so warmed over On Her Majesty’s Secret Service. 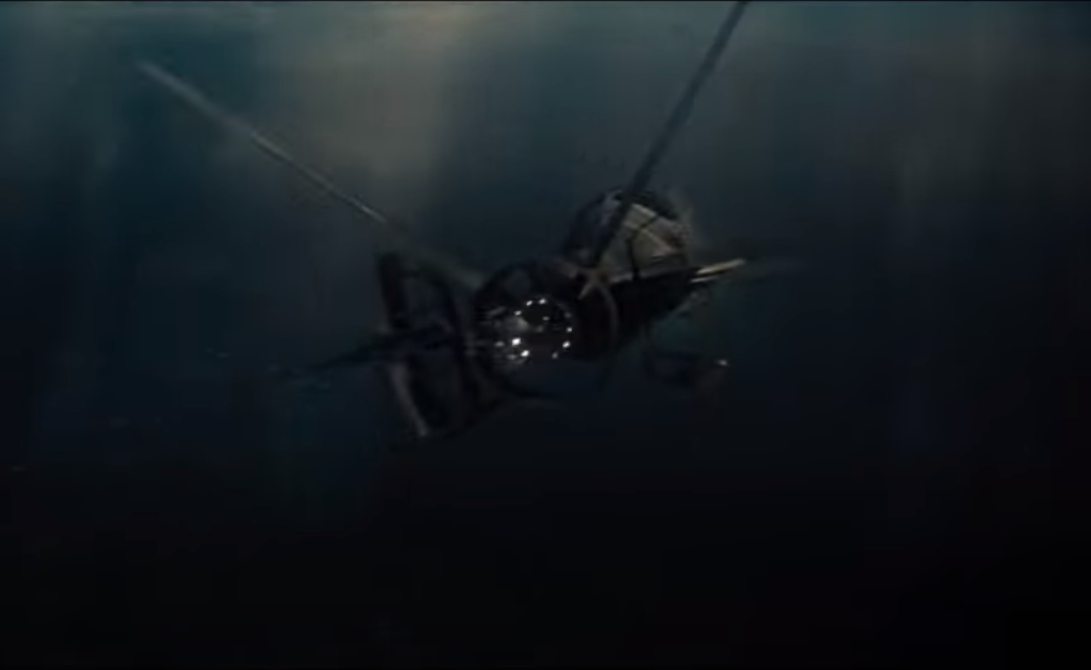 Some action shots of the totally “gritty” and “realistic” folding, submarine, glider plane that is totally more superior than an invisible car and rendered in brilliant CGI that is waaaay better than what was done in 2002’s Die Another Day!

We also get more of Rami Malek’s speech to the Craig-Bond where he compares himself to the dried up husk of a spy.

Malek: “James Bond, license to kill, in love with Madeline Swann, I could be speaking to my own reflection.”

So are we to expect, with all due apologies to New Order, a bizarre love triangle? 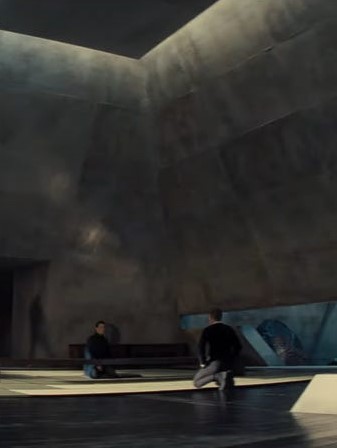 “Every time I see you falling, I get down on my knees and pray.”

The conclusion to what exactly? Craig’s tenure? A lot of folks have been prepared for that for quite some time! The conclusion to Bond himself? Bond as we know and love him concluded a long time ago. The conclusion to this wretched story arc cobbled together piecemeal from one disjointed film to the next? Yes please!

I guess we’ll see come the end of the month.