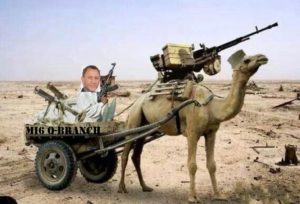 The old saying goes, a camel is a horse designed by committee. Another saying is, too many cooks spoil the broth; well it seems EON has brought in another cook to work on the chaos soup that is Bond 25.

That chef’s name is Phoebe Waller-Bridge; apparently Ms. Bridge was brought in at Craig’s insistence. Her claims to fame are two television programs, one called Fleabag a comedy wherein Ms. Bridge writes, produces and stars as the titular Fleabag, described as an “angry, confused and sex addicted young woman living in London,” so a real laugh a minute show. I haven’t seen or even heard of the program until the news hit she was brought in to work on Bond, so I can’t comment on the quality of the product, but on the face of it I don’t see how working on a program of this type qualifies one to write on Bond.

Ms. Bridge’s other credit is writing and producing a program called Killing Eve. It’s much more in line with Bond, in that it deals with espionage. It follows the exploits of a MI6 officer tracking down a sociopathic Russian assassin. Again, I haven’t watched this program ether, because if I wanted to see a fictionalized account of a mentally disturbed Russian agent getting hounded by equally troubled individuals, I’d watch the news outlets dissect Donald Trump’s latest disjointed tweet.

So, since I’m admittedly not familiar with Ms. Bridge’s work, I’m not going to comment on whether or not she’s a good addition. I will say it does not bode well that yet another writer is being brought aboard this late in the production. Remember Scott Z. Burns was just hired to overhaul the script a mere two months ago. That same script was started by Purvis and Wade, while also reportedly getting helped along by Paul Haggis. Not to mention how much if any of John Hodge’s treatment survived after he and Danny Boyle kicked rocks out of the halls of EON.

That’s the collective works of at least four, five, maybe six writers (seven if you count Boyle) slapped together over the course of a year. We’re back to that camel I mentioned at the start, a lot of ideas thrown at the wall and god knows what’s stuck. With only a year to go until the film’s scheduled release, time is running out to winnow the wheat from the chaff. I have a feeling this film will be the photo negative of Quantum of Solace, that film was a jumbled mess because it had no writers (due to a strike) and this one will be a mess for exactly the opposite reason.

2 comments for “A Horse by Committee”