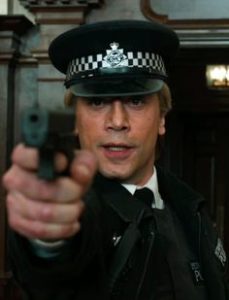 My last rant concerned some of the schemes devised by villains in the series and the rise of independent megalomaniacs due to EON’s historic reluctance to get political. This time around I’d like to look at some of the villains themselves, specifically the last four to have soiled our screens. I’m not going to say these scoundrels are in themselves the worst in the franchise, but as a whole, taken in succession they don’t comprise a very inspiring set of desperados. Add to this the fact they were retconned into members of a cohesive organization therefore forcing us to judge them as a group.

We don’t start off too terribly in Casino, except for the fact the villains have absolutely no personality. Mads Mikkelsen gives a serviceable performance as Le Chiffre banker to terrorists, but gives the impression he’s half asleep throughout the story, this wouldn’t be too bad if he were surrounded by energetic henchmen. However, if everyone standing around him had all been replaced with cardboard cutouts you couldn’t tell the difference.

Sebastien Foucan free runner extraordinaire is the first bomb maker whom Craig chases through the construction site. He can contort his body to fit all manner of shapes, yet can’t manage to force his face to budge of “nonplussed.” However Foucan who was brought in for his acrobatic abilities rather than his acting chops, comes off as a downright thespian compared to Claudio Santamaria the second bomb maker on the “Miami job.” He’s an actor with several roles to his credit so he should be capable of better, yet the fuel truck blows him off the screen! The guy had one line, “Hello” when answering his phone, the rest of his performance consisted of grimaces and sneers, when he’s not sustaining blows from a roided out Craig which should have destroyed the much more diminutive actor. 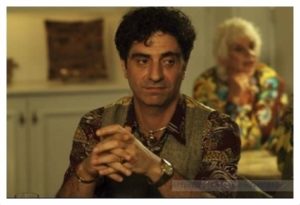 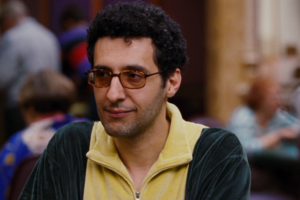 Finally Simon Abkarian as Dimitrios the arms dealer gives a performance reminiscent of a poor man’s interpretation of John Tuturro’s role in Rounders. He plays poker, grumbles, neglects his wife and plays poker. In fact everyone inexplicably plays the game as substitute for character development, even the posed corpses in the grotesque Body Worlds exposition are at the table and acting circles around everyone involved!

I don’t blame the actors, if it were one or two maybe, but everyone in this film seems to have been directed after downing a bottle of NyQuil! Maybe I’ve been a bit too hard on Craig through the years, perhaps Craig was directed by Campbell to act as a monosyllabic somnambulist and considering Campbell’s history with Bond, Craig figured that was the preferred interpretation of the character which he continues to this day.

At least in this film the villains have a bit more personality; unfortunately it comes in the form of their shiny floral shirts. Funny how the omnipresent organization introduced in this movie has the distinction of having absolutely no members. Outside of the main antagonist Dominic Greene we have his henchman Elvis played by Anatole Taubman, who looks like Marty Feldman in a Quentin Tarantino costume. 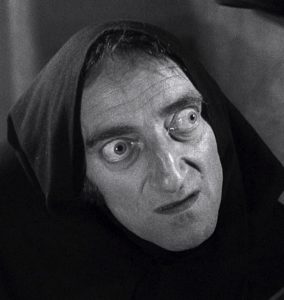 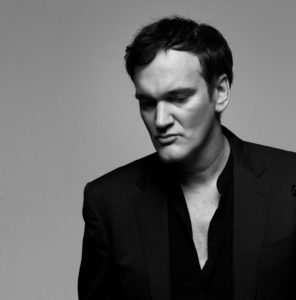 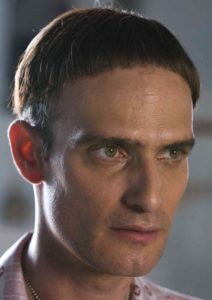 He has no lines yet the fact he wears a toupee is meant as character development. Seriously! From the QOS Wikipedia page:

“Taubman wanted to make Elvis “as colourful, as edgy and as interesting as possible”, with one of his suggestions being the bowl cut. Amalric and Taubman improvised a backstory for Elvis: he is Dominic’s cousin and once lived on the streets before being inducted into Quantum. He called Elvis “a bit of a goofball. He thinks he’s all that but he’s not really. … He’s not a comic guy. He definitely takes himself very serious, but maybe by his taking himself too serious he may become friendly.”

An awful lot of thought for a character who has all of 30 seconds of screen time! When they aren’t busy writing intricate back stories for useless characters, Elvis and Greene seem to be in an eye bugging contest while handing over women to the deposed dictator General Medrano who outside of being a deposed dictator and a rapist has no other defining traits. There is also the commander of the national police who we are told is crooked and not much else.

All of this trouble is over the sole utility rights to provide stolen water to Bolivia! What a great scheme, to expend the time, effort, and energy to horde all the country’s water and install a dictator who could just award the contract anyway!

In SkyFall EON answered the question nobody was asking: What if Alec Trevelyan was played by Stewart Smalley an effeminate Saturday Night Live character from 20 years ago with the added benefit of every male hairdresser stereotype ever devised? 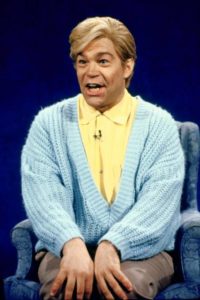 Smalley and Silva separated at birth? 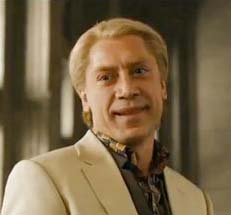 When he’s not fondling Craig, Bardem’s Silva is chewing the scenery with the fervor of a great white feeding frenzy. However like Casino this film suffers from cardboard henchmen only more so, at least in the first film we get the African war lords and Dimitrios, Skyfall offers no sub villains, at least none of any substance. Sure there’s the guy at the beginning that steals the quickly forgotten agent list, and speaks nary a line of dialogue, but whom else?

Once again all this for a ridiculous scheme involving a boring revenge plot against M, who left him out to dry 12 years earlier. Silva then concocts the most nonsensical Rube Goldbergian plan to kill her in a closed session of Parliament, instead of just easily killing her literally anywhere else, because… humiliation? Also with the revelations of SPECTRE this plot all falls apart if Blofeld put him up to it!

The SPECTRE of Fraternity:

I’ve spoken about the absolutely ludicrous Brofeld plot ad nauseam so I’ll gloss over it here. At least in this film we get a proper henchman in Dave Bautista’s Hinx. Unfortunately he’s criminally underwritten. It’s obvious he’s supposed to be some sort of Red Grand, Oddjob, Jaws hybrid, but just falls flat. He doesn’t quietly stalk Craig like Grant, the ubiquitous presence always over his shoulder. He tries to give off the indestructibility of Oddjob and Jaws, but while Bond is required to use his intellect to overcome those two, Craig is able to stand his own in the one fight between the two, and just wins by default when he accidentally kicks the beer kegs off the train that Hinx was tied to. All in all just a wasted effort from a wasted actor.

As to Brofeld, we finally get a cackling sadist, the only problem it’s antithetical to the character. Blofeld has always been portrayed as an amoral, aloof, emotionless tactician. Here he’s crowing and squealing with zeal as he tortures Craig, the same man who coldly electrocutes an embezzling lackey, effortlessly feeds a woman to piranhas and guns down his second in command. That is when he’s not holding the world ransom or starting world war 3. More uncharacteristically he’s created an organization bent on world domination because he had to share his home to an orphan 30 years earlier.

On to his master plan, that is to get plugged in to the world’s security agencies and…what? Peep into locker rooms? Commit identity theft? Intercept sexting messages?

Say what you will about the classic villains, at least they were for the most part well written, well-acted and had entertaining larger than life schemes. I can’t say the same for these jokers. I’d say the bulk of the blame lies with EON’s unfathomable dependence on Pervis and Wade’s hack scribery. These two haven’t written a good villain since The World Is Not Enough and that only succeeds because of the twist in the third act. Maybe someday, probably far, far in the future EON will finally dump these crumbs and we can get back to the fun loving mayhem makers of yore.

All images shamelessly stolen from the internet and are the rightful property of those whom I stole them from.