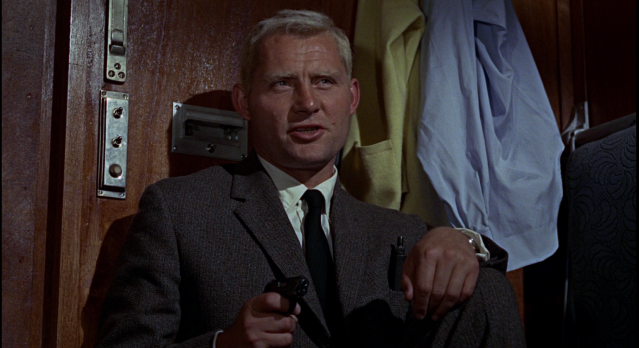 As we await the run up to the pre-production of Bond 25, I thought we could take a look back to a statement made by Michael G. Wilson’s son Greg concerning the direction of the series. The younger Wilson said after the release of SPECTRE:

“We’ve just begun to doodle with ideas for the next movie”, “Each script process begins when we ask ourselves the question ‘what is the world afraid of now?’ In the case of Spectre the theme was global monitoring and utilization of information. So now we are trying to find out what will be relevant in the coming years”.

What junior failed to realize is cinematic Bond has been eschewing fear since the beginning. Cubby Broccoli and Harry Saltzman made a conscious decision to remove the U.S.S.R as Bond’s advisory from the Fleming novels which included them. For example in the novel From Russia with Love, Bond is solely pitted against Russian agents, SPECTRE does not appear anywhere in the story, whereas in the film the Russians are an incidental foe only in that they were also duped by SPECTRE. This is true in every film in which Bond locks horns with a Russian antagonist, they are not representatives of their government but rather rogue agents seeking to sow discontent for their own aggrandizement.

The funny thing is, even in the modern era (of which the youthful Wilson is speaking), shuns fear in the story lines. If they didn’t we’d have had at least one film dealing with Islamic terrorism. Now while government monitoring may be a concern it certainly isn’t a “fear.” You see I, like many, might be concerned with administrative eavesdropping, however, the fact the government knows how often a day I text my wife to ask what we’re having for dinner, pales in comparison with a group of individuals who wish the destruction of the western world on a literally biblical level.

This exorcism of fear from the film narratives lead to the rise of SPECTRE and the various independent madmen who stalked the franchise. SPECTRE who only surfaced in three novels doubled to six film appearances and would have been more if not for the meddling of Kevin McClory. Dr. No morphed from soviet to SPECTRE agent, Goldfinger was a communist paymaster in the novel but went independent in the film as part of a conscious effort not to offend the Russians. The closest they ever came to coming up against the soviets directly was For Your Eyes Only, in which Bond battles Kristatos who is a Russian contractor who is actively working for the U.S.S.R. alongside an agent of that nation and plans to hand the decoding device at the center of the action over to General Gogol the head of the K.G.B.

As a result of EON’s desire to eschew Russian villainy and McClory’s meddling came the rise of the independent megalomaniac, the lone madman plotting world domination for his own benefit. Sometimes this worked other times not so much. For example The Spy Who Loved Me’s Stromberg and Moonraker’s Drax basically have the same plan to destroy civilization and reshape the world in their own image, only one wants to do it from the sea and the other space. The fact these two films were released back to back also doesn’t help. That’s not to say these films aren’t entertaining but they lack a creative edge and cinematic plausibility. Whereas I can accept organizations like SPECTRE and Kanaga’s “Mr. Big” organization finds legions of hapless flunkies to implement their various criminal schemes for fanatical gain, I find it harder to believe that Stromberg and Drax could recruit so many willing drones to wipe out all of humanity.

The other way they tackled this quandary was what I call the “Mad General Syndrome” in Octopussy, The Living Daylights and Goldeneye mad Russian generals hatched schemes to get rich or start a war for self-glorification. This results in giving the foe the full force and effect of national resources but yet depoliticizes the action.

Now that EON has the rights to the SPECTRE organization it will be interesting to see how they use it. They have a ready-made nemesis for Bond who they can utilize to avoid fear and politics as they have for fifty plus years, or they can just cock it all up, we shall see.

7 comments for “Without Russia From Love”