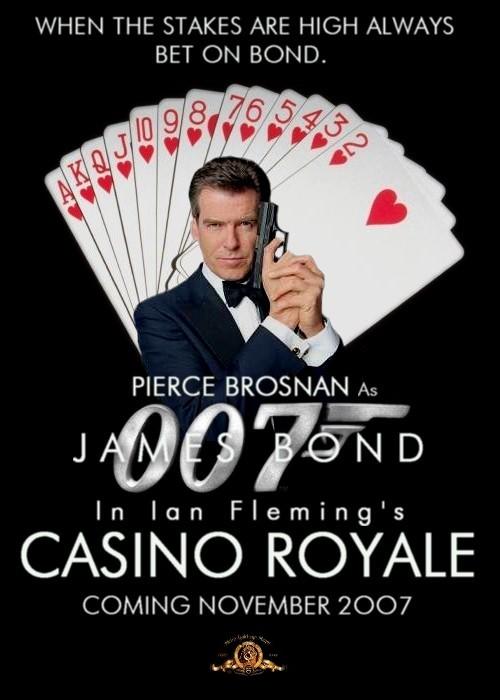 After re-reading Casino Royale recently I wondered what if Brosnan had been given Fleming’s final unfilmed property as his swan song, instead of the overly bloated Die Another day. Or at the very least had they put that property in their pocket and waited until Craig had established a few missions under his belt and made it his fourth film rather than the ridiculous SPECTRE. Had they done this and stayed truer to the existential conflict occurring in an older Bond’s head as written by Fleming it would have been remarkable.

You see contrary to EON’s press, Casino Royale was not an origin story, it was instead the first story in the series. The Bond of the novel was a veteran agent with many years of rough dangerous encounters behind him. It is established that Bond had been in the service some ten years preceding this mission, Vesper’s boss explains “…he’s a professional and there aren’t that many about these days.”

It is his torture and near death experience at the hands of Le Chiffre that causes him to consider retirement, rather than the syrupy love story depicted in film. Sure an infatuation with Vesper has some influence on the decision, but it is actually the damage to Bond’s personal ethos (not to mention his nether’s) that sends him running to the open and comforting arms of Miss Lynd, not as EON would have you believe a deep unrelenting passion for the woman herself.

Instead of forcing a “Bond begins” facet on to this story, they could have created a custom built vehicle to explore Bond’s origins and not have had to revisit them for four straight films! We’re supposed to believe a young freshly minted agent with a shiny new license to kill is already burnt out, fed up and anxious to leave his chosen profession? We’re never told why he wanted to become a 00, now suddenly he wants to leave and with just as much explanation at the film’s conclusion he’s ready to stay?

So I pose what if an older actor had been presented in the role, such as Brosnan in 2002/2004 or Craig at this point in his tenure? A war weary agent who finds his well-established moral code challenged, causing him to sulk off and lick his wounds, seeking consolation in the arms of the most recent willing woman, who in turn challenges that new found solace when her treachery comes to light.

They tried it with Skyfall, unfortunately that film representing only Craig’s second mission caused the concept to fall flat. After all in Casino, Craig had just been promoted, in Quantum which takes place just five minutes after Casino, he was cleaning up some unfinished business, now suddenly he’s old, creaky and spent? Had they put Craig though three separate and trying missions leading up to a Casino which fleshes out this angst explored by Fleming or even better had Brosnan done it before rebooting the entire series it would have been a much more impactful film.