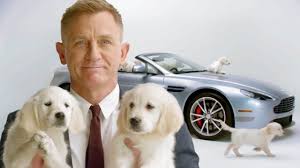 I’ve seen many a pundit point to the box office take of Craig’s films as evidence of his greatness in the role. Far too many of whom thrust forward the unadjusted figures proclaiming him the “Highest Grossing Bond of all time and therefore the best!” And that statement is true; in that Craig is the highest grossing Bond by virtue of the fact he is the most recent Bond. In much the same way the Manufacturers Suggested Retail Price (MSRP) of a 2018 Honda Civic is higher than the 1964 MSRP of an Aston Martin DB5. Falling further down this rabbit hole you would have to believe Die Another Day (that most horrid of Bond films) is the 5th best Bond film of all time, since it holds that position on the box office list!

A saner person would point to the adjusted grosses to make their point, yet there are quite a few variables to confuse matters. True adjusted figures are hard to come by and don’t tell the whole story, for example, the first 30 years of Bond’s cinematic history half the world was off limits. Eastern Europe was firmly entrenched behind the iron curtain along with Russia and China, not to mention Africa, South America and India were struggling with abject poverty. This left Great Britain, Western Europe, Australia, The U.S. and Canada as Bond’s only major markets. If Box Office Mojo is to be believed, film markets exploded for Bond between Die Another Day (28 countries) and Casino Royale (78 countries). Because of all this fluctuation the most direct comparison is to review one country’s adjusted gross where Bond has been viewed from the beginning. I wanted to use Great Britain, as that is the birthplace of the phenomenon, however my internet search skills are lacking and the U.S. numbers are the lowest hanging fruit. When looking at the adjusted numbers from the U.S. box office Craig’s films (except Skyfall) drop to middle of the pack 10th, 13th and 14th in chronological order. Die Another Day (yes, that most despicable of films) drops from 5th to an abysmal 6th still ranking above all of Craig’s films save Skyfall!

I know what you’re screaming, “You ignorant jerk, you’re just massaging the numbers to fit your narrative!” And I say YES! Yes I am, because you see these numbers can be manipulated to say whatever you damn well please. That brings me to the point of this article, which is to say it is idiotic to use how much money a film makes as a foundation for what makes it a great film! Quick, what’s the greatest film of all time? Citizen Kane? The Godfather? Goodfellas? Pulp Fiction? Well whatever you said it was wrong, at least it is if we’re using box office take as a yard stick. No, according to the box office, the best film ever made was Avatar, yes Avatar, remember Avatar, me neither. From what I heard it’s basically Dances with Wolves in space. Of course Avatar made all that money because it was (and perhaps still is) a technological wonder in the visual art of 3D film-making, however not much else. When you couple that visual extravaganza which is quite pointless outside the big screen with the exorbitant cost of viewing a film in IMAX you get your huge payout.

Well what about the adjusted grosses? Ok, adjusting for inflation the best movie ever is Gone With the Wind, followed by Star Wars, ok that’s a bit better, but a little further down it starts to fall apart again with Titanic at number five, is that soppy melodrama really the 5th best film ever made? Number eleven is Star Wars the Force Awakens, is that the second best Star Wars film of all time? No, of course not and that is the folly of chasing the box office.

Like Skyfall the DB9 is mass produced, faster, sleeker, louder and newer. The DB5 like Goldfinger is a handcrafted bespoke classic which has stood the test of time. When something newer came along the DB9 devalued, just as Craig’s films, including Skyfall, will lose luster once a new actor is cast, don’t believe me ask Pierce Brosnan, the “best Bond since Connery” at least he was until 2006. Will the DB9 go up in value over time? Perhaps, but I doubt it’ll ever reach the status of a DB5. And Skyfall like that DB9 may hold a place in the pantheon of Bond, however it will never hold a candle to the classics.