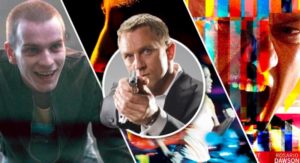 And so it begins, or should I say doesn’t. Once more EON has begun rumblings of the great progress they’re making in the lead up to principle photography. Only history has shown what a great pile of bollocks those statements have been. Every film from Quantum of Solace right up through Spectre we were told a fantastic story was in the works with great twists, turns and revelations! However the only revelations were EON is full of lies. Remember when we were told preproduction on Bond 22 (Quantum) had already started before shooting on Casino Royal began, in fact that statement was made when Craig was being announced as Bond! We later learn EON had started filming Quantum with an unfinished script and were writing it as they filmed! How can you start working on a film in 2005 when you haven’t even got a script come 2008?!

The same was true with Skyfall four years in the making with a pretentious auteur director who should know better and writer John Logan is still getting flown on to the set to rewrite the script! Ah but Benny you fool don’t you know that was just Logan punching up the script! Just minor tweaking! Ok, but if that’s the case why fly him in to be on set, in this day and age of cell phones, fax machines and certainly the internet why would you need him there unless he was rewriting major dialogue?!

But worse than Skyfall was SPECTRE, we know a script existed before shooting began because it leaked and yet they were still doing reshoots a mere two weeks before the film’s premier! And they still kept the most ridiculous plot in Bond history if not the entirety of film itself! Of course I refer to brother Blofeld. Had I told you this plot device before the leak you’d have accused me of being a troll, because nobody would be that fatuous to sink to sub soap opera levels of screen writing, not for a Bond film! Oh yes, indeed they were, and I’m sure their lack of planning beforehand as well as the proclivity of Hollywood execs to underestimate their audience had plenty to do with it, just slap it together they’ll eat it up with a spoon after all “plot twist”!

But I digress because here we are at the precipice of a new film. A year ago we were told Purvis and Wade were starting the arduous task of writing a new Bond film. I have to ask why you waited two years to do so, it wasn’t like they were busy or anything. Why not get to it right away? However a few months later EON’s savior stepped in, that man’s name was Danny Boyle, another auteur to shepherd the series forward to new heights in the dramatic arts or kitsch, you decide. Unfortunately we’ll never know because the great one has bowed out citing “creative difficulties” read Madam Broccoli’s incessant meddling. So I guess we’re back to P&W to dust off their script which I’m sure is a masterpiece of screenwriting involving a rip-off of the closing scene from On Her Majesty’s Secret Service and the subsequent revenge, again!

EON you have one job, make Bond films, and you have as long as you want to make them. I for the life of me can’t understand why you wait until the last minute and throw them together in the most slap dash fashion. Why not have several scripts ready to go, then take care with the film making process to make fully fleshed out films, that you can actually be proud of. Four years is plenty of time to do this if you put in the effort, but I guess that takes too much energy.